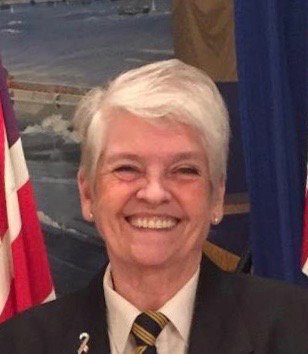 It is with great sorrow that we announce the passing of Irene Knappe (nee van Doorn) on November 18, 2019, after a brave fight with cancer, at the age of 71 years.
Irene is survived by her husband of 50 years, Albert “Guy” Knappe; four children, Melicia (Lawrence) Yaskow, Steven (Candace) Knappe, Anita (Michael) Layh and Suzan (Dustin) Dodd; numerous grandchildren and great grandchildren along with one brother, Frank (Susan) van Doorn. Irene was predeceased by her parents, Gerritt and Jurrina van Doorn and one great grandchild.
Irene was born on November 9, 1948, in The Hague, Netherlands, and immigrated to Canada with her family as a young child. Irene married Guy Knappe July 10, 1969, in Calgary Albert. They moved to Strathmore, Alberta in 1992. She followed in the footsteps of her heroine, Della Street, and held administrative positions in the legal field and land administration until her retirement. She also served as secretary for more than two decades at the Branch 10 Strathmore Legion. She received her lifetime membership in 2017.
In accordance with her wishes, a cremation will take place and no services will be held at this time.

Share Your Memory of
Irene
Upload Your Memory View All Memories
Be the first to upload a memory!