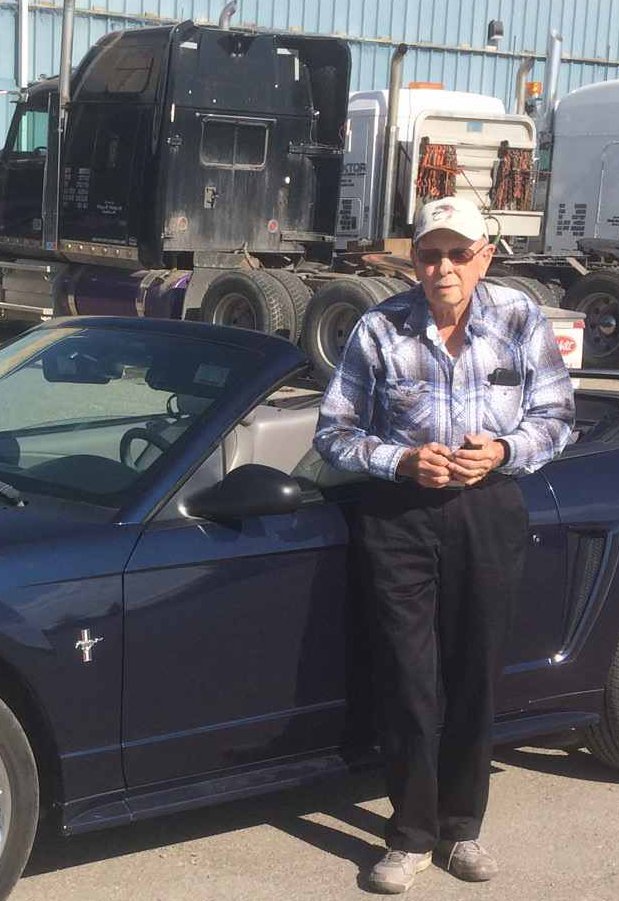 Lorne Edgar Martin Savage passed away peacefully on November 19, 2019 surrounded by loved ones at the Peter Lougheed Hospital in Calgary Alberta. Lorne was predeceased by his loving wife of almost 66 years, Edith earlier this year. He will be lovingly remembered by his two sons, Munro (Darlene) and Kevin (Donna), as well as six grandchildren, Todd (Shannon), Michael (Candice), Stacey (Graeme), Justin, Stephanie (Brad) and Ian (Breanne) and five great grandchildren, Kesten, Crue, Sydney, Linkin and Graham with a sixth great-grandbaby on the way.  He will also be remembered by numerous nieces and nephews.

Lorne was born in Oxbow, Saskatchewan to George and Helen Savage.   He married Edith Munro on June 12, 1953 and they lived in Oxbow and raised their family there until they all headed west to Calgary in 1973, where he remained until his passing.  Lorne spent the majority of his working life behind the wheel of a truck.  He was an avid Calgary Flames fan and rarely missed a game on TV.  He was a wonderful caregiver to his wife in her final years and his constant companion for the last number of years was his beloved dog, Maya.  Special thanks to Karen Jardine for continuing to love and care for Maya.

We would like to extend a special thank you to the Doctors and staff on Unit 49 at the Peter Lougheed Hospital for their kindness and compassionate care in Lorne’s final days.  We would also like to make special mention and thank you to the staff and residents at Luxstone Manor where Lorne resided for the last couple of months.

Share Your Memory of
Lorne
Upload Your Memory View All Memories
Be the first to upload a memory!