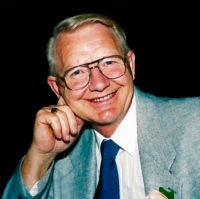 ROSTE, Vernon Allen Vernon Allen was the tenth child of Martin & Anna Roste. He was born on October 6, 1928 near Preeceville, SK. Vern graduated high school at LCBI in Outlook, SK. He enjoyed many sports and eventually became provincial horseshoe champion for Saskatchewan, BC and Manitoba. Vern worked in many diverse fields from farming, logging, construction, to electrical. In 1951 he surrendered to Jesus Christ and also met the love of his life, Sonja Berg. They married in 1955. Vern answered God’s call and become a pastor in 1957. He then moved his wife and daughter Lynn (born in 1956) to Saskatoon. Their son (Terry) was born in 1958. Then two daughters joined the family, Debbie in 1961 and Valerie in 1963. Their final child Cindy joined them in 1968. As a Lutheran Minister he served parishes in Saskatchewan, BC, Alberta, and Manitoba. He lived his life for his family but even more so for his Lord Jesus Christ. Finally, in 2000 Vern and Sonja retired and moved to Moose Jaw, SK, and then to Strathmore, AB. Vern and Sonja formed a cleaning company (V & S Janitorial) up until 2015. He continued to help minister at Hope church until his health deteriorated earlier this year. Vern was promoted to his heavenly home on December 7, 2016 surrounded by family. Vern and Sonja raised a family of 5 children: Lynn (Larry Casey), Terry (Colleen), Debbie (Dave Hesje), Valerie (Brian Tysdal), Cindy (Allen Bolinger). They had a total of 15 grandchildren: Jennifer, Janna, Melissa (Ben Howes), Kimberley, James, Michelle (Jay Nelson), Daniel (Katie), Tim, Adam (Karrina), Jenna (Derek Rohde), Seth (Alia), Stephanie, Vanessa, Nathan & Cassie. They share 10 great-grandchildren: Deklin, Connor, Keehli, Ari, Emma, Dahlia, Zion, Story, Winter, Violet and one yet to arrive next month. Vern is pre-deceased by his parents, all nine of his siblings as well as a grandson, Michael Tysdal. In lieu of flowers donations may be made directly to Hope Community Covenant Church (245 Brent Blvd, Strathmore, AB. T1P 1W4) or Breakforth Ministries (#128 – 150 Chippewa Rd., Sherwood Park, Ab. T8A 6A2) A memorial service to celebrate Vern’s life will be held on Sunday, December 11, 2016 at Hope Community Covenant Church at 5:00 p.m. To send condolences, please click on the link below or send emails directly to: condolences@wheatlandfuneralhome.ca Send Condolences

Share Your Memory of
Vernon
Upload Your Memory View All Memories
Be the first to upload a memory!
Share A Memory