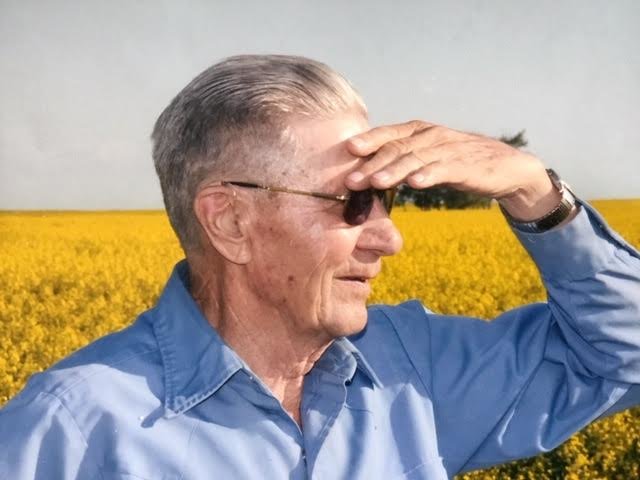 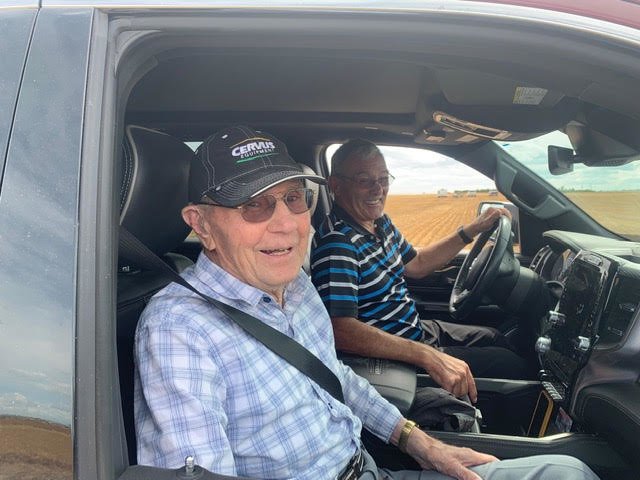 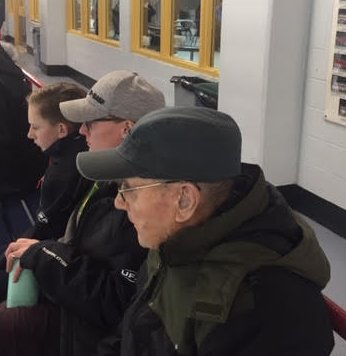 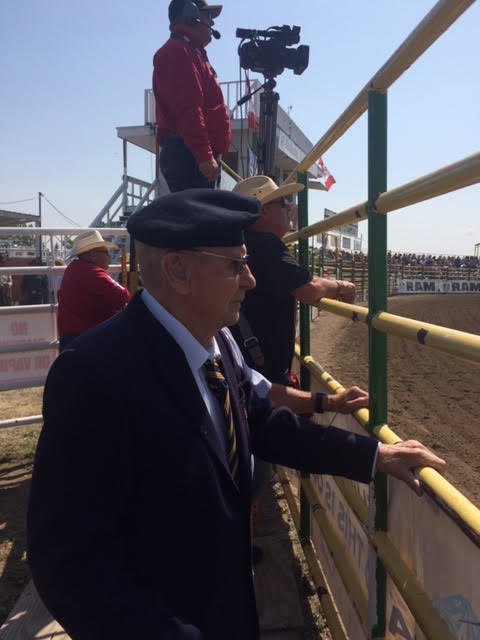 Robert Hagen our father, grandfather and great grandfather-passed Sunday, December 22 at Meadowlark Care Home in Strathmore, Alberta. He was born September 17,1925 at Rockyford, Alberta to Chris and Ragna Hagen, Norwegian immigrants. Due to his mother’s health condition, he was kindly raised by family friends, JJ(Julius) and Katherine Schober at their farm west of Strathmore. Dad attended school in Rockyford, Hervey, and Strathmore. In early 1945 he went to WWII military training in Borden Ontario. Later in 1945 WWII was declared over and he returned home to Strathmore to farm in partnership with JJ. He played goal for the Strathmore Red Wings hockey team in the early 50’s, was a Legion member and militia member of King’s Own Calgary Regiment as well as being involved with UFA and the Strathmore Seed Cleaning Plant. Above are pictures of Dad taken in 2019 showing his continued interest and dedication to farm, family, and community.

Dad honoured as a veteran Legion member at the Strathmore Stampede - 2019.

Dad is survived by his children-Norma-Jean Risdon (Doug) and James Hagen; grandchildren, Brooke Parker (Jesse) and Reese Risdon; great grandchildren, Nolan, Meleah and Rhett Parker, Annika, Keeran and Owen Risdon. He was predeceased by JJ and Katherine Schober, his parents, his sister Ruth Marshman, his first wife and our mother Marjorie (1979) and second wife Mary (2015).Our heartfelt thanks to Meadowlark Care Home Debbie Wakelam and her caring staff, Dr Young and Dr.Fanning, ADP staff and Palliative nurse Nicole for their dedicated compassionate care. Cremation has occurred and Dad’s ashes will be spread by his family on his farmland in the spring.

Share Your Memory of
Robert
Upload Your Memory View All Memories
Be the first to upload a memory!