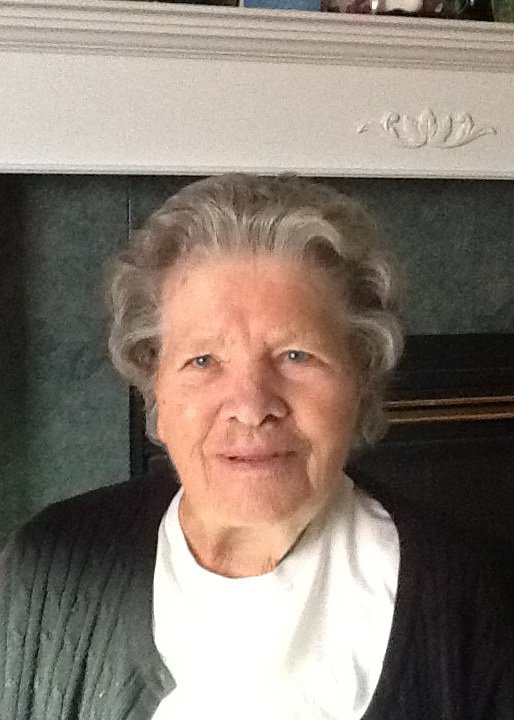 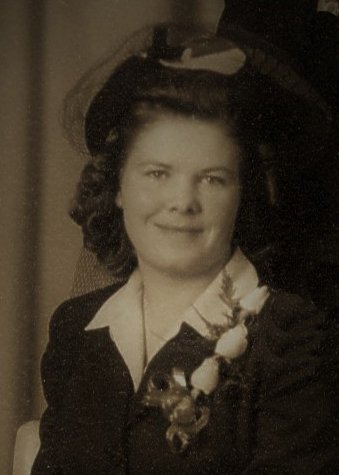 Hazel passed away in the Strathmore Hospital December 23rd, 2019 after a short illness at the age of 97 years.

Hazel was born December 15, 1922 in Cavendish, Alberta, the 6th of 11 children, of Robert and Annie Coates.  The Coates family moved to the Last Lake area in the Peace River country in 1931.  Hazel attended school at Blue Hawk School in the area. She worked as a nurse’s aid at the Berwyn Hospital and as a Post Mistress in the Brownvale Post Office.

In 1947 Hazel returned with her Aunt, Emma Kermack, to Strathmore to visit other relatives.  This is where she met her husband, Archie Frederick, and ended up marrying him on December 15th, 1948.  Due to their marriage, the Strathmore Standard published a headline saying “Pioneer Families Unite” since both Hazel and Archie’s parents were true pioneers who had been in the area long before Alberta became a province.  Archie and Hazel raised four children on their farm near Nightingale.

Hazel was a nurturing mother, grandmother and great-grandmother. She was the Matriarch of the family and her family was her life.  She ruled with a strict hand but also was a great inspiration and teacher. She was quick-witted and funny. She could do math in her mind like a human calculator and loved to read. When there was a rare occasion to celebrate, she was the life of the party and enjoyed “dancing a jig”, as she put it (a term from her Dad’s Maritimes roots).  All of the kids (boy or girl), as they got old enough, were taught how to cook, shoot a gun, weed a garden, birth a calf, play crib (as she said that taught great math skills) and the list goes on.  One could say both Hazel and Archie were “gender neutral” when it came to chores – if it needed done, it didn’t matter if you were a boy or a girl – just get out there and do it!  Hazel would often say “The best man for the job is a woman”, and she certainly proved it herself many times.

Hazel enjoyed gardening and was very proud of her large weed-free gardens.  She was generous with the bounty of her work and often visitors went home with fresh produce, eggs or cream in hand.  She was a partner to her husband in all ways – she assisted with the farming and could expertly operate any piece of machinery on the farm. Archie teasingly call her “Fritz, the hired man”.  Hazel also had a connection with animals and her herd of cows all knew their names, dutifully coming when she would call out “come, boss”.  She “pulled” calves and doctored the animals.  There were chickens, pigs and the odd orphaned lamb that would be taken care of.  After Archie passed in 1976, she continued on for many years, farming and birthing out the cows with some help from family, friends and neighbors.  Finally, around the age of 85, she was talked into retiring.  She continued to live on the farm, drive herself, and still had a garden up to 5 years ago when a broken hip forced her to go live with her daughter.  For a small woman (barely 5 feet tall) she had a work ethic and stamina that few could match.

During all the farming years, she usually also held a job in Strathmore cooking or waitressing at one of the restaurants.  She had retired from cooking when she was 65, but a desperate need from the Toddle Inn Daycare for an in-house cook had her returning to the work force for another 5 years or so.  She developed “gluten free” recipes for a couple of the children before “gluten free” was a common thing.  She was a great and inventive cook and could make the most amazing cream puffs (with real cream she had separated from her own milking cows), bread, cinnamon buns, butter tarts, saskatoon pies, canned fruit and vegetables, homemade jams, jellies, relishes, pickles and many other dishes.  Hazel could make a meal out of almost anything. This may have been from being raised in the north country and making it through both the depression and the war years.  She was inventive to say the least!

She was predeceased by her husband Archie; her son Bill; daughter-in-law Terryl; her parents Robert and Annie Coates and 7 brothers and sisters, along with other family members.

As per Hazel’s wishes, (as she said she has outlived most of her friends and older family members) there will be no funeral services. If so desired, donations in memory of Hazel may be made directly to Wheatland & Area Hospice Society Box 2154 Strathmore, AB T1P 1K2 or online at www.wheatlandhospice.ca/donate.

Share Your Memory of
Gladys
Upload Your Memory View All Memories
Be the first to upload a memory!