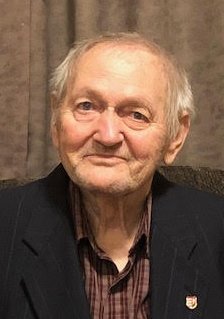 Steve was born in Pilisvörösvár, Hungary on April 23, 1938 to István and Anna (Preszl) Horn. He married Eva Benko in Hungary on February 7, 1981.

Steve immigrated to Canada on May 5, 1958 to live in Victoria, BC.  He eventually settled near Lethbridge, Alberta and worked as a carpenter until retiring.  He moved to Strathmore to be close to his family.

Share Your Memory of
Steve
Upload Your Memory View All Memories
Be the first to upload a memory!