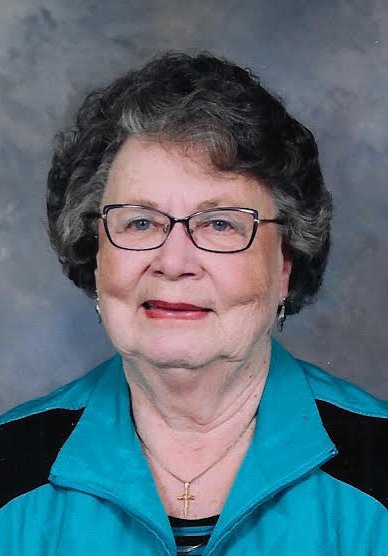 Mrs. La.Verne Marlene Adams (nee Einsiedler) passed away peacefully on Sunday, March 1st, 2020 in the Strathmore Hospital after a tough fight with cancer. Ultimately the cancer did not win because she kept her sense of humour and fought it until her last day here on earth.

She was predeceased by her beloved husband of 44 years, Earle Howard Adams; parents, Madeline and Jack Einsiedler; many aunts and uncles and brother in law Baden Adams and sister in law Norma Jean Adams and both her in-laws Howard and Oress Adams of Belleville.

She leaves behind her faithful and favorite son, Brian Adams (Debbie Mctaggart) of Strathmore and her favorite daughter, Donna (Neil) Denison and her favorite grandson, Philip all of Kitchener; two brothers, Douglas (Isabell) Einsiedler and Owen (Judy) Einsiedler; along with two nieces and a nephew.

She was the eldest of the Huhn Reunion relatives and will be sadly missed. La.Verne was born on June 11, 1939 in Cudworth, Saskatchewan. She started school in a one room schoolhouse and moved on to be a telephone operator where she made lifelong friends that will miss her so much. She then joined the military. She packed parachutes and when the job became redundant, she opted to be trained for computers. She worked with some of the first military computers. She married Earle also in the military in Oct 24, 1959 and together they raised two children and spent five years in Europe. She had many friends scattered throughout Canada, whom she served with or became acquainted with due to her military service. They retired to Barrie, Ontario and then moved to Saskatoon. Once widowed she started off a new adventure in Strathmore where she lived until her passing on to glory. She was a member of the local legion. La.Verne loved photography, gardening, painting, volunteering, genealogy, camping, card playing and was an outstanding bowler.

La.Verne’s wish was to be cremated with her ashes to be laid to rest in the family plot in Bruno, Saskatchewan.

Share Your Memory of
La.Verne
Upload Your Memory View All Memories
Be the first to upload a memory!