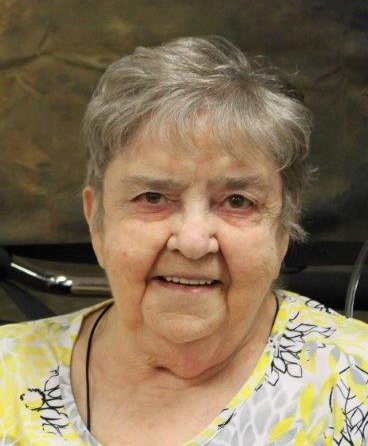 Shirley passed away peacefully with her family by her side at the Sagewood care center in Strathmore, Alberta. She resided formerly at Wheatland Lodge in Strathmore and Golden, British Columbia. Shirley is survived by her children, Leonard (Alice) LeCerf of Strathmore, Vernon (Lauri) LeCerf of Prince George, David (Kim Simpson) LeCerf of Smokey Lake, Linda (Darrell) Rogalsky of Cobble Hill; Grandchildren Angela (Shane) Friesen, Alicia Rogalsky, Brian (Robin) LeCerf, Kimberly (Bobby) Hobbs, Danielle (Steve) Berresford, Marc (Jillian Costain) LeCerf, Heather LeCerf, Amy LeCerf, Angela (Devin) Gray, Pam Cano (Jeff); 16 great grandchildren and 1 more any day. Brothers and sisters Herb (Madalene) Imler, Ted (Annette) Imler, Kathlene O’Grady, Harry (Linda) Imler, Marlene Davis, Doug (Linda) Imler, Margaret (Paul) Johnson, Ida Starkewski, Norman Imler. Shirley was pre-deceased by her husband George in 2012. She was born and raised in the Columbia Valley and lived in Golden BC, she then resided in Strathmore Alberta to be closer to her son Leonard in 2011. Shirley did some tree planting in her earlier years. She was a loving mom and Grandma. She was an avid berry picker and was always doing crafts from painting dads wooden creations to quilting. She was especially known for her knitting right up to the end. Special thanks to the care that mom received from the loving staff at Sagewood Care Center and Wheatland Lodge.

Mom will be missed by all and due to current events a memorial service will be held at a later date.

Share Your Memory of
Shirley
Upload Your Memory View All Memories
Be the first to upload a memory!