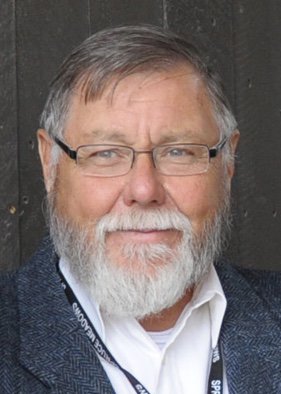 Garth Pritchard, adventurer, humanitarian, raconteur, husband, father and documentary filmmaker – a friend to Canadian military personnel from coast to coast – passed away on Tuesday, April 7, 2020, after a long illness. He was 76.

Born Aug. 8, 1943, in Yarmouth, N.S., Garth Huntley Pritchard was the son of the late Blanche (Whelan) and Gordon Pritchard.

He is survived by his loving and devoted wife Sue Archibald; his son Shawn; sisters Gail Bascombe (the late Gerry) of Collingwood, Ont., and Colleen Van Herten (Al) of London, Ont.; nephew K.C. Bascombe of Toronto; and sister-in-law Ruth Archibald of Chatham, Ont.

Family and friends were profoundly cherished. Garth had a great sense of humour and it was always a treat when he slipped into story-telling mode. His innate style could render everyone collapsing with laughter.

He was a force of nature with a heart as big as the country he loved, a collector of friends from all walks of life, a political pundit, a sage adviser, and a compassionate ear.

Some would describe him as a diamond in the rough, a simple yet complex pursuer of truth whose soft heart and generous nature defied his gruff exterior.

He could be counted on to help the farm and ranch community, often taking time away from work to help with seeding and harvest.

Garth was an avid outdoorsman who disappeared into the wilds of northern Quebec and Alberta each year to hunt and fish with a select few of his closest confidantes.

He was a volunteer, a fighter for the underdog and an artist whose work includes an award-winning series of 1970s-era photographic posters for the now-defunct federal Department of Communications celebrating Canadian arts and culture.

He worked in the pit crew of a second-place car at 1969’s Daytona Continental endurance race (now known as the Rolex 24 at Daytona), crossed North America aboard a vintage Canadian aircraft to mark the 100th anniversary of the Wright brothers’ first flight, and spent three months helping to save wild horses in Suffield, Alta.

He never said no to an adventure, and his work as a journalist brought him plenty. A fiercely independent documentary filmmaker, Pritchard travelled to the far ends of the earth to tell the stories of Canadians in uniform.

He was a keen reader of people, could interview anyone on any subject.

His documentaries about Canadian peacekeepers constitute an invaluable record of Canada’s role in United Nations blue, starting in Bosnia with Caught in the Crossfire. He documented the life and death of Master Corporal Mark Isfeld in The Price of Duty, the trials and tribulations of padre Mark Sargent in the film In God’s Command, and the grim work of a forensic team sifting through the mass graves of Kosovo in Shadows of War.

In February 2002, he recorded Canadian regulars firing their first shots of the Afghanistan war as armoured members of the Lord Strathcona’s Horse (Royal Canadians) pinned down two suspected enemy minelayers.

A month later, he was aboard one of the first helicopters to deliver troops on their first combat assault since the Korean War. He kept up with soldiers less than half his age over the five-day operation. True to his credo, “one man, one kit,” he hauled gear up and down the mountains of eastern Afghanistan, refusing offers of help and regaling Canadian combat engineers and U.S. Navy SEALs with his stories.

“He never accepted water and rations until all the troops had theirs,” said veteran Jerry Scheidl. “Much respect.”

He would travel to Afghanistan for six extended stays over 10 years, producing three documentaries for History Television under the banner Canadians in Afghanistan and co-anchoring an award-winning Canadian War Museum exhibition, Afghanistan: A Glimpse of War.

His cinéma vérité style of filmmaking was distinguished by his access – up close and personal with vivid audio clips and soldiers’ voices unfettered by excessive narration. He got to know his subjects intimately, and they knew him.

At the peak of his filmmaking career, ‘Garth Pritchard’ was practically a household name among the servicepeople whose stories he had made his life’s mission to tell.

He received 14 awards for six of his films, including the Ross Munro Media Award for defence reporting in 2003, which recognized not only his Afghanistan work but also a career devoted to coverage of Canada’s military.

The Canadian War Museum announced last fall that it had acquired the bulk of his work for its archive – more than 400 hours of raw video footage and over 700 photographs of Canadian soldiers operating overseas: in Bosnia, Croatia, Kosovo, Burma, Kuwait, Somalia, Sri Lanka and Afghanistan. Some of the material had already been on permanent exhibit at the museum for some time.

The acquisition also included footage he shot in 1998 documenting the military’s emergency response to the ice storm that plagued Ontario and Quebec, along with field notes, articles and other documents.

Pritchard began his career in the 1960s as a photojournalist with the Montreal Gazette when separatist fervour was building. He recorded two indelible images from those troubled times – a separatist bomb going off in the hands of Sergeant-Major Walter (Rocky) Leja, a demolition specialist, in 1963 and the body of FLQ kidnap victim Pierre Laporte, Quebec’s deputy premier at the time, in a car trunk in 1970.

As a writer and photographer, he covered a wide swath of events, including the Montreal Canadiens’ glory years and the Montreal Expos’ first-ever major league game at old Jarry Park. Eventually, he left for the Calgary Herald.

He abandoned the journalism trade for a time to work as photographer for former prime minister Brian Mulroney before returning to Quebec to help his old friend Jimmy Duff start a newspaper in Montreal, the short-lived Daily News.

Pritchard began documentary filmmaking in the late 1980s, while at the same time working a ranch near Priddis, Alta. The couple eventually bought a place along the Bow River near Carseland, Alta.

In making the 1997 film Lost Over Burma: Search for Closure, Pritchard followed an expedition into the Burmese jungle to recover the remains of a six-man RCAF crew lost during the Second World War.

On that trip it’s believed he picked up a parasite which lay dormant and undetected for almost two decades, until his health began to decline. Nevertheless, his passion for life and indomitable spirit persisted till the end.

As his health worsened and the prognosis became more dire, Pritchard said: “I hope somebody steps into where I was and tells Canadians what their soldiers are doing all over the world. I tried my best.”

He passed away at Foothills Country Hospice in Okotoks, Alta., wife Sue at his side.

In lieu of flowers, donations to the Veterans Food Bank of Calgary or the Foothills Country Hospice Society are invited. There will be no funeral. A memorial service will be announced at a later date.

Share Your Memory of
Garth
Upload Your Memory View All Memories
Be the first to upload a memory!