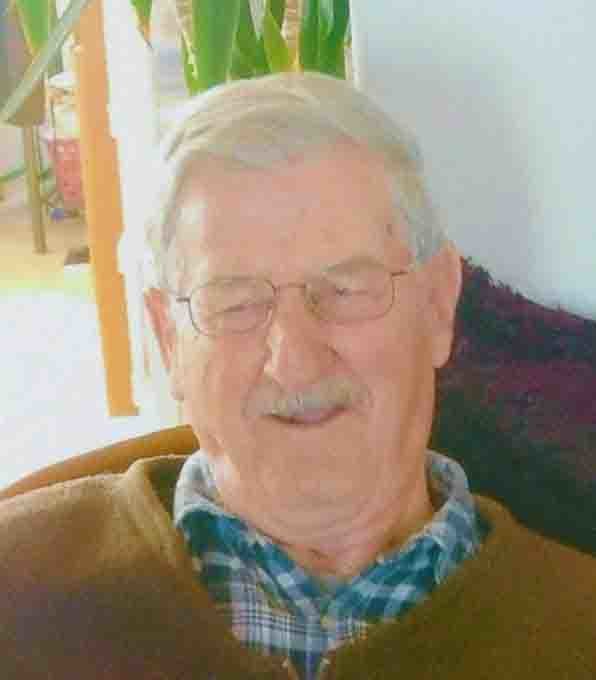 Print
Loading...
S
Steve Gartner posted a condolence
Some of my favorite memories of dad involve both him and mom working on their property. Together they built several houses, raised chickens, and kept huge gardens. I grew up watching and helping two friends build something awesome...! Dad could fix almost anything...which doesn't surprise considering his start as a farmer...He just got things done! As kids we were welcome to work in the shop as long as we were careful with the tools. I credit my love of building things to hanging out with him... When we were little he built several baseball bats with his lathe, and as a family we played ball on a makeshift diamond at the bottom of the property. He also built a set of hockey nets... A wood frame with chicken wire netting...we played countless games of street hockey in the yard. I remember him yelling at us for marking up the garage door with missed shots on net... He enjoyed making stuff... It makes me smile to remember all the valentines and birthday cards he made for mom adding his personal touch! I miss him allot... and I am glad I have so many great memories. he will live in my heart always.
Please wait
Share Comment
M
Mary and Jimmy Mackie posted a condolence
Dianne, Steve, Dan and Matthew, We were very sorry to hear about Larry's passing. We have the book he wrote on our shelf in the living room. He was a man of great faith. Our prayers and thoughts are with you all.
Please wait
Share Comment
C
Cheryl Gartner posted a condolence
Larry made me feel welcome in his home the very first time I met him. He was a devoted family man and Catholic. Larry was most happy when he was surrounded by his sons and grandchildren. He loved western movies and a good card game of "Bullshit". Visits always included these two activities. Although Larry was already not in the best of health, he traveled across the country for our wedding. I am so happy my family had the opportunity to meet him. My last face to face visit with Larry was in August. My fondest memory from that visit was seeing the joy both he and Steve had on their faces while chatting and having a beer and tomato juice. Larry valued quality time with his family and cherished the simple things in life. Gone but not forgotten. Love Cheryl
Please wait
Share Comment
M
Matthew Gartner posted a condolence
I remember when I was a young boy, my father, while working as a carpenter, had a hip replacement because one of his had worn out. He could no longer work as a carpenter, so he took training as a real-estate agent. He became an agent for a real-estate company in Kelowna and I remember how week after week he worked to list and sell homes. I remember how he would come home and share with us how other agents were selling homes, but that to do so, they weren't being honest and truthful with their clients. My father stood by his faith and his principles and announced one day that "If I have to be dishonest to sell homes, I won't do it." He went back to school again to train as a book keeper and found employment doing that. My father did whatever it took to support his family, but he never compromised his beliefs or values to do so. Later, while I was in college, him and mom paid for my living expenses so I could focus on my schooling. To do so, dad took a job in Pincher creek, working on the Old man Dam project, far from home in Winfield, BC. He sacrificed so much for his family, always putting his children's welfare before his. I thank God for such a wonderful father and pray to God that He might make me as dedicated and loving.
Please wait
Share Comment
P
Pamela Wilson posted a condolence
Aunt Diane, Matt, Steve and Dan, my heart goes out to you at this difficult time. I treasure the times I spent with Uncle Larry. What an amazing man. He is with the angels now.....I can still see and hear him in mom's kitchen the last time you came to see her, seems so long ago....Take care and big hugs to all of you. Blessings
Please wait
Share Comment
G
The family of Larry Joseph Gartner uploaded a photo

Share Your Memory of
Larry
Upload Your Memory View All Memories
Be the first to upload a memory!
Share A Memory