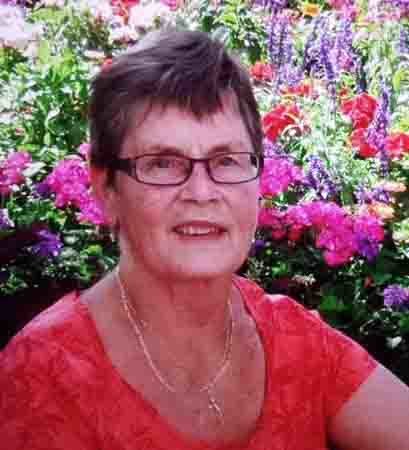 Bev attended school and graduated from Strathmore, AB.  She lived at the family farm near Ardenode until she married Robert Heckle at the age of 18. At this time she moved to her new husband’s family farm near Cheadle, where she remained living until last year.

Bev managed the farm after the death of her husband Bob in 1978.  She was not only the quintessential “farm wife,” being an amazing cook, an expert gardener and capable bookkeeper, but really was a “farmer” in her own right as she also had to run farm equipment and deal with livestock.  And all of this while fulfilling the most challenging role of all -  raising three children.

Bev was an active Cheadle Community Club member for many years.  She always stepped up to help and it gave her joy to be a part of the Club.  Her yard and garden were her pride and joy and she spent hours weeding and mowing so that everything always looked beautiful.

Bev was always the life of the party and lived life to the fullest, as friends and family will always remember.

She is survived by her daughter Kathy Adams and her son Ron Heckle (Leah Mathieson).  Also left to mourn are siblings Maxine Falk (Ben) and Brian Bazant (Judy), her grandchildren Beau, Joel, Christian, Robbie, Reece and Steven, and her son-in-law Dave Soers.

Bev was predeceased by her husband Robert Heckle, her daughter Donna Soers and her parents Joe and Helen Bazant.

There will be a Celebration of Bev’s Life at a later date which will be announced.

Share Your Memory of
Beverley
Upload Your Memory View All Memories
Be the first to upload a memory!