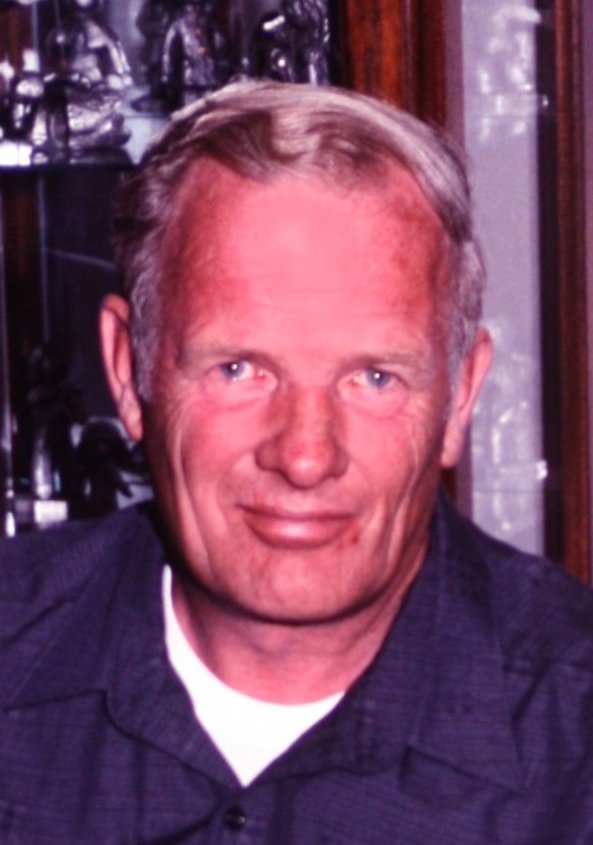 Carl passed away suddenly on 21 May 2020 at the Brentwood Care Centre in Calgary.

He was predeceased by his partner, Dorothy May Jurgens 16 of March, 2011.

Carl was born in Wetaskiwin, the son of Gina and Helmut Jurgens, and spent his early years in Wetaskiwin and Red Deer, Alberta before moving to Calgary .  He was always interested in his roots, and eventually traveled to Germany, where he learned about is relations in Schleswig-Holstein, northern  Germany, where his father had been born and raised on an estate farm.

Carl enjoyed working with his hands to create things, and was skilled in brickwork and carpentry.  He built many a brick fireplaces, and features in his houses, and often helped many people with their projects, and was also an excellent artist.  Carl spent his working career as a proud member of Calgary Transit for 35 years and was a member of the Amalgamated Transit Union Local 583.  He received many safe driving awards and he was a person that knew the best transit route to get to any location, which always avoided Deerfoot Trail.

Carl took particular pleasure in meeting and being friendly with many of the bus riders, and that is where he met Dorothy, who eventually became his common-law wife in the mid 1980’s.  He was particularly proud of helping Dorothy with sponsoring her children from Jamaica to the better opportunities in Canada.  Carl was a compassionate person who was there for his grand-daughter Shavonne and grandson Ira when they needed their grandparents, and was always willing to drive them to their events, shows and club activities.  He was always happy to have dinner at Angela’s home, and enjoyed connecting to Dorothy’s family.  Carl enjoyed a special attachment to Jamaica, their culture and especially their wonderful foods, that he was introduced to, by Dorothy and their many friends.

Carl was a generous person, always willing to lend a needed hand and had many friends through out the communities he lived in, including Fairview, Southwood, and later on in Rockyford, Alberta, where he was a member of the Rockyford Lions Club, he volunteers and thoroughly enjoyed the Rockyford Rodeo.  Carl had many friends on the Springvale Hutterite Colony as well as his and Dorothy’s large circle of friends.  Carl was always willing to sit down and have a coffee and chat with anyone, or a beer and the latest Flames game,  and his gentle nature made him a person that many people loved to sit and talk with.  If there were butter tarts involved, he was definitely always ready to sit and chat.

After moving back to Calgary from Rockyford, Carl stayed with his son, Coby in Rundlehorn, and made his way around the city in his usual calm, transit manner.  After his health began to slow him down, Carl became a resident of Silvera Bow Valley Senior Community, living independently, until his health took a turn and he required more consistent care.  He moved to the InterCare Brentwoodon the St. Andrews East side in April of 2020, and due to the Covid-19 restrictions, was unable to receive any visitors during his brief stay there.  The family would like to thank the caregivers at Brentwood for their compassionate tender care of Carl during his stay there.

Carl had requested that there not be any service held for him, so those wishing to pay their respects are encouraged to leave a message on the website hosted by Wheatland Funeral Home, Strathmore, Alberta.  Carl will be laid to rest alongside his wife, Dorothy, at St. Rita’s Cemetery, in Rockyford, Alberta at a later date in a private family interment.  The family encourages those that knew and loved Carl to hoist a drink in his memory, and to remember that everyone has a story, often all they need is a cup of coffee and a sympathetic ear to listen.

Share Your Memory of
Carl
Upload Your Memory View All Memories
Be the first to upload a memory!