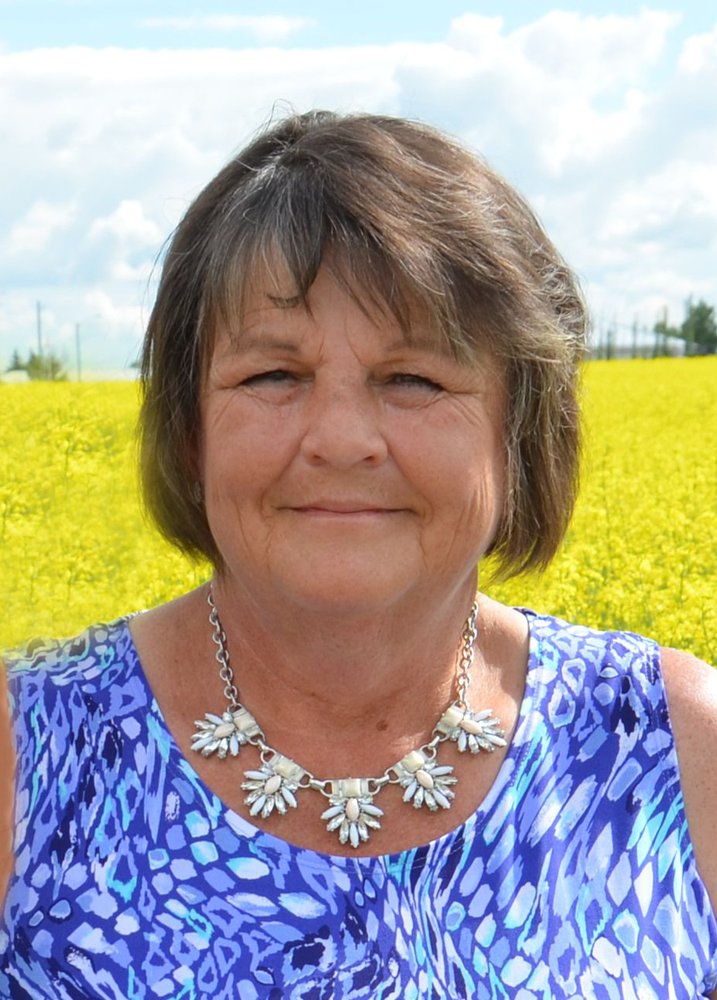 It is with overwhelming sadness we announce the sudden and unexpected passing of our beloved Debby on July 23, 2020 at Namaka, Alberta.

She is survived by her loving husband Larry of 38 years and her children Kyle (Leah) Janzen, Katrina Janzen, Kasandra (Richard) Bach and Kolby (Paige) Janzen.  She is predeceased by both her parents George and Anne Friess of Outram, Saskatchewan and her sister Pamela Friess of Calgary, Alberta.

Debby was born and raised in the small community of Outram, Saskatchewan.  She moved to Alberta to attend hair dressing school and that is when she met the love of her life Larry and followed him to their farm in Namaka.

Debby enjoyed all things that came with the farm life. She had a very green thumb, and many have enjoyed the spoils of the garden throughout the years!  She was one to never shy away from a good game of crib either!  Most of all she was a proud mama to her children and always put them first. More recently she became a long-awaited grandmother to her sweet granddaughter Adalynn with whom she had become utterly smitten with.

In the 38 years of farming in Namaka, Debby would often be found on her phone and had become someone you could depend on when it came to news around the community. She was also a long-time bus driver in the Namaka area.

It is of no surprise that Debby has touched so many lives and she will be so dearly missed by all who knew her.

The family wishes to extend their heartfelt gratitude to the first responders and their efforts on July 23rd.

Debby wished to have no funeral service and a private inurnment will be held at a later date.

Share Your Memory of
Debby
Upload Your Memory View All Memories
Be the first to upload a memory!