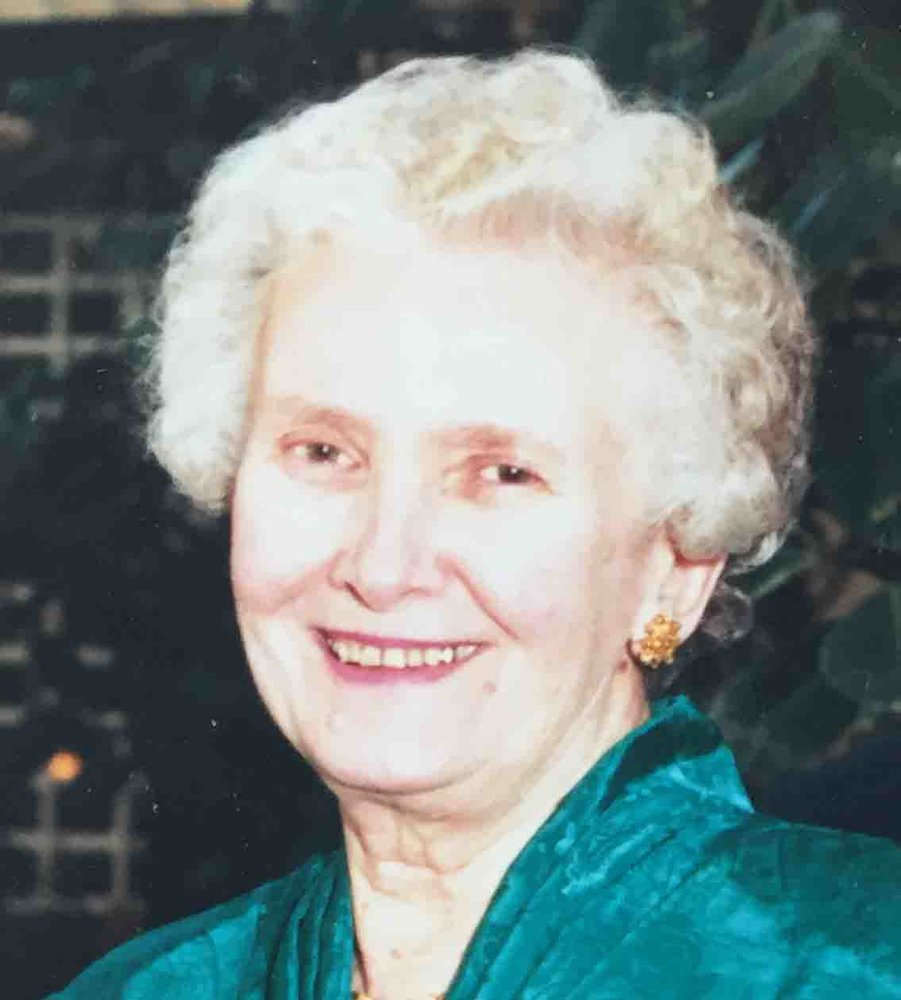 With heavy hearts we announce the passing of Muriel Doreen Motley, of Acme, AB, the evening of Wednesday, August 5, 2020, at the age of 94 years. Muriel is survived by her younger siblings, brother Lawrie (Bev) of Grand Forks, B.C., and sister Elizabeth Thomas of Merritt, B.C. She was predeceased by her husband of 51 years, Arthur Raymond Motley, in 2005. Muriel was born in Toronto to Albert and Mary Garvin, but soon moved West, living most of her youth in Trail, B.C. She soon found a job in Calgary, but her fondest memories were of picking Okanagan produce and enjoying the fruits of her labours! She loved to travel, and along the way met a young farmer by the name of Ray Motley in the early 1950’s. He invited her to a dance where they hit it off. A year of dating blossomed into marriage in 1954, and they settled on the Acme homestead, which the family still holds today. Along the way, they produced five sons, Barry (Tilly) of Sherwood Park; Terry (Laurie) of Strathmore; Bruce (Sherry) of Gull Lake; Lyle (Rose) of Acme; and Lorne (Suzanne) of Calgary. Muriel adored her 16 grandchildren and eight great-grandchildren, taking great joy in buying each of them special presents for every birthday and at Christmas -- not to mention sharing in their pride in accomplishments along the way. Muriel was the bedrock of the daily life of the family of seven, not to mention the chief gardener, cook, wardrobe selector, cleaner and fixer. She was the purveyor of knowledge, wisdom and common sense in a busy household of six other males, faithfully listening to the radio news on the hour. Raising five boys was hard work, yet she never complained, and she knew how to keep all in line, sometimes wielding a very large wooden laundry spoon to command attention! When fierce sporting competitions took place among the brothers in the evenings, she was finally able to put her feet up and partake in her love of reading books, magazines and various weekly and daily newspapers. While money was never plentiful, Muriel ensured the family never wanted for anything. She planted a two-acre garden annually, which not only helped feed the family year-round, but her prized veggies also regularly won awards at the Acme Flower Show. Muriel was also unfailingly sweet and kind, no matter the harsh difficulties that prairie life could bestow. The family was blessed by that good nature for all her life, even when dementia crept in during her later years. Muriel enjoyed square dancing with friends, was a long-time member of the Order of Royal Purple, the Davies Community Centre quilting group and, most importantly to her, the Acme United Church. The church was a central part of Muriel’s life, and her devout faith never wavered. Each and every week, she would ride herd to ensure the boys were coiffed and dressed in their Sunday best, and the family would pile into the Mercury Marquis for the 16 km journey into Acme for church. She sang in the choir, and for years taught Sunday school. We are truly blessed she was the guider of our lives, and we will miss her tremendously. Muriel’s final 14 years were spent in Strathmore, first at the Wheatland Lodge, then AgeCare Sagewood as her dementia took a stronger hold. Family would like to thank Dr. Keely Abercrombie, and the many wonderful nurses and carers at the two homes – you are true angels. Due to COVID-19, a private family celebration of Muriel’s life will be held August 15 in Strathmore and at the Acme Cemetery. If desired, donations can be made to the Alzheimer Society of Canada.

Share Your Memory of
Muriel
Upload Your Memory View All Memories
Be the first to upload a memory!