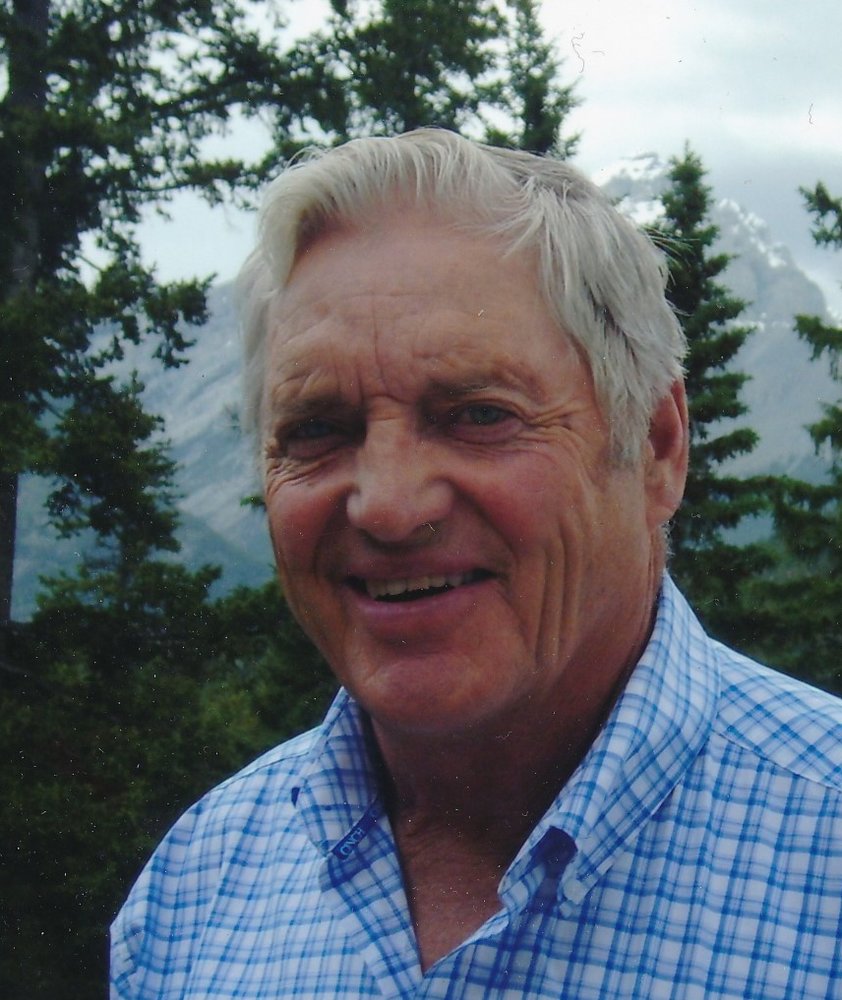 Karl Willie “Shnucki” Reinhardt (Shnucki, German term of endearment meaning darling or sweetie-pie) was the second of the Reinhardt boys born on October 23rd, 1942 in Nightingale, Alberta on the family farm. His parents were Emil Karl Reinhardt & Amelia Magdelina Ziegler. Karl spent his childhood at the farm, attending the small school for two years until it closed down, after which he attended the school in Rockyford until he was fifteen. Karl and his friend, Thomas Walls, were given the option to quit school at that age, so, of course, they did. Why attend when they already knew more than the teachers and had all the answers, anyway?

After leaving school, Karl spent the next ten years (1957-1967) working for the County road crew, doing seasonal farm work, and, in the early part of those ten years, driving water trucks up north with the seismic crews in the winter. During his time working for the County, Karl worked with every type of construction equipment and machinery due to his vast knowledge and experience, but the majority of his time was spent driving the maintainer (the grater). In those days, it was not uncommon for Karl to help people out by plowing their stockyards, grain bins, or driveways. Many remember him providing his assistance with a smile, and, of course, he would never say no to a cup of coffee and good conversation afterwards.

In 1958, Karl’s fortunes began when a cousin, who lived near Lousana, introduced him to Lousana resident, Margaret Louise Percy. They got married in 1963 and wasted no time getting busy having their children - Laura Lynn & Karl Darren. Throughout his life, he always said that he was the luckiest man because he got the girl and a farm to boot. If you ever watched the two of them dancing together, twirling gracefully across the floor, you could tell that the world had disappeared for the two of them and nothing else mattered.

On the farm, Karl would spend his days inventing, building, and fixing his machinery or working with his cattle. Nothing was ever thrown away – it would come in handy some day in some way, obviously. He was obsessed with his irrigation, a curse he passed on to his son and grandson, and he was a director on the Western Irrigation District for a number of years. But even with all this machinery, Karl was a cowboy at heart and the farm was never without a few horses. The only thing Karl ever truly hated on the farm were the gophers who chose to invade his land. From the moment the ground began to thaw, everyone was drafted into exterminating them. Whether it was by shooting, poisoning, snaring, or trapping, it was a requirement for all who lived there.

Karl loved adding onto the farm; it was something he took so much pride in. It was his legacy. It was what would be left for his family when he was gone. His son, Darren, and his daughter-in-law, Audra, have lived and worked on the farm since they were married. They raised their children, Mikayla and Thomas, to love and appreciate the farm and the land that gave them so much. His daughter, Laura, and his son-in-law, Brad, though they have lived all over the world, now in Florida, have always come back with their son, Zach. Thomas has decided to continue the legacy and work on the farm with his dad. Mikayla has moved to BC with her husband, Jonah, but they still come back and spend time on the farm.

Throughout their life together, Karl and Marg were well known throughout the Nightingale community, participating in many community sports days when their children were younger. Karl was very proud of his badminton and ping-pong skills, entering into many neighbourhood tournaments. He even took part in the community baseball league, at least, until the injuries on the team prevented it from continuing.

Karl and Marg lived out their days together in the home they built on the farm, until they retired into Strathmore in 2019. His battle with cancer began in 2006 and he was a warrior through multiple treatments and multiple doctors, but it wasn’t until the last year or so that it began to take its toll. In his final year, Karl and Marg were never without a visitor stopping by, baring gifts of food and conversation. He loved visiting with his extended family and friends, and it meant the world to him that people came to see him. On October 29, 2020, Karl’s battle with cancer ended in his home with his beloved wife by his side.

In lieu of flowers, donations can be made directly to the Wheatland Area Hospice Society (PO Box 2154, Strathmore, AB, T1P 1K2 or online at www.wheatlandhospice.ca/ways-to-give) or a charity of your choice.

To watch the live stream, please click the link below. The video will go live approximately 10 minutes prior to the service.

Share Your Memory of
Karl
Upload Your Memory View All Memories
Be the first to upload a memory!