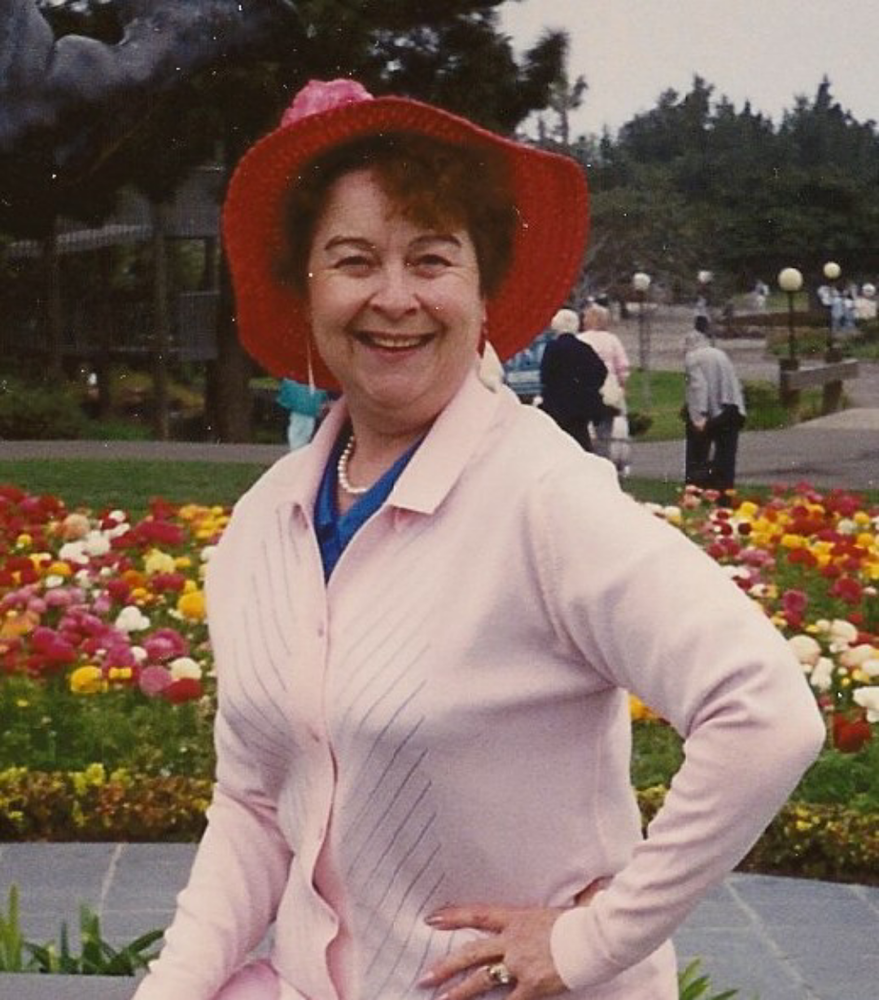 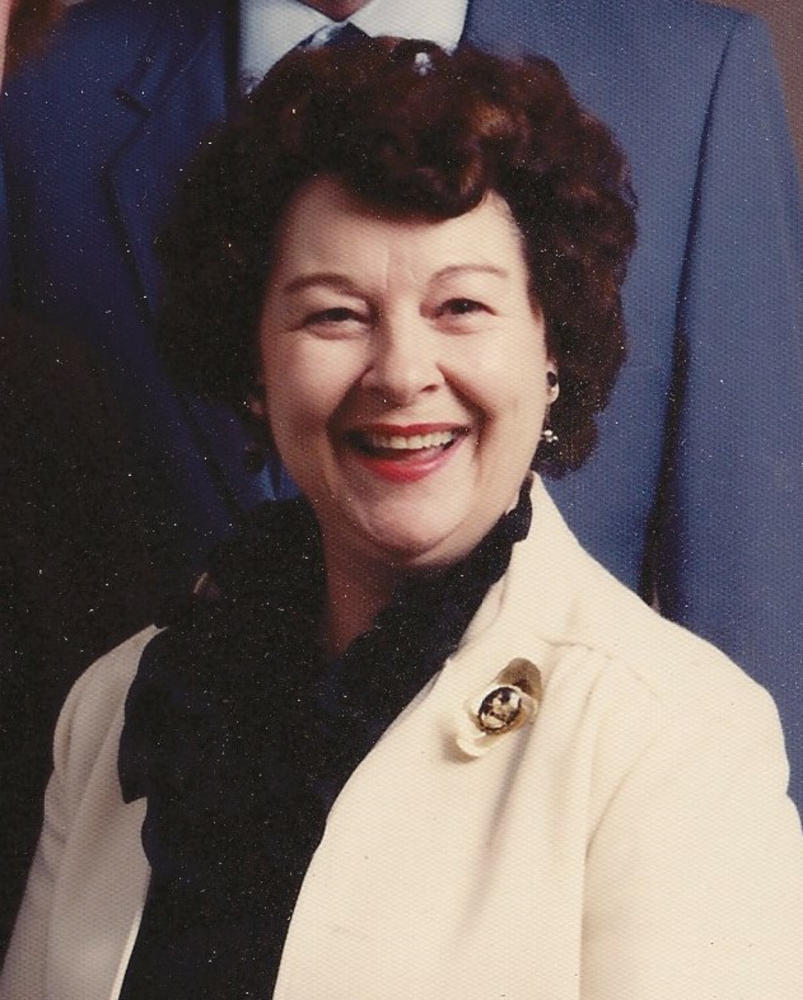 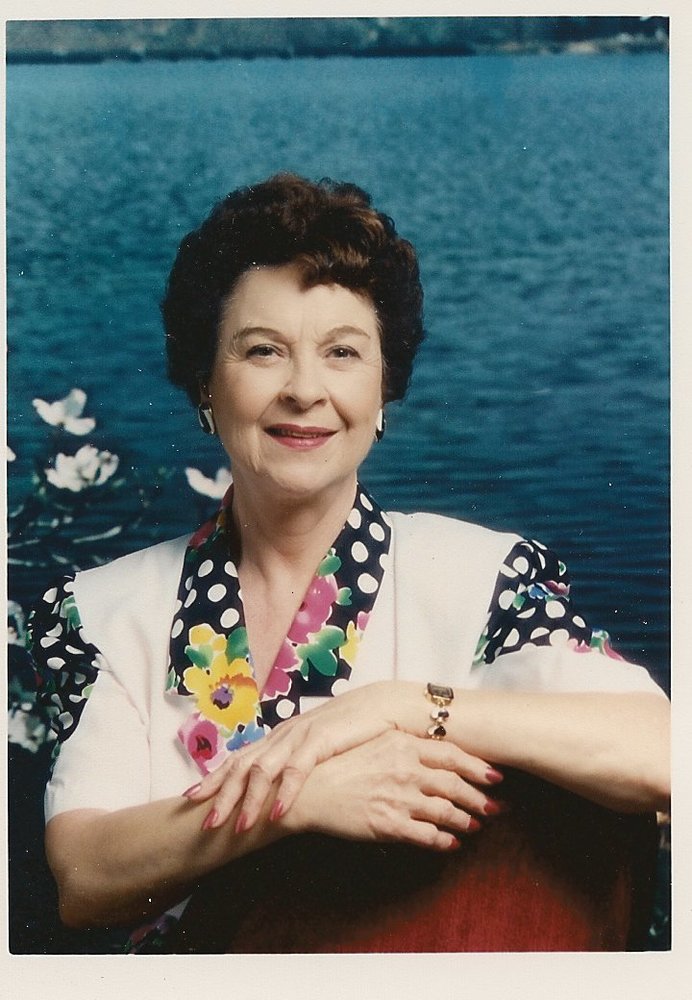 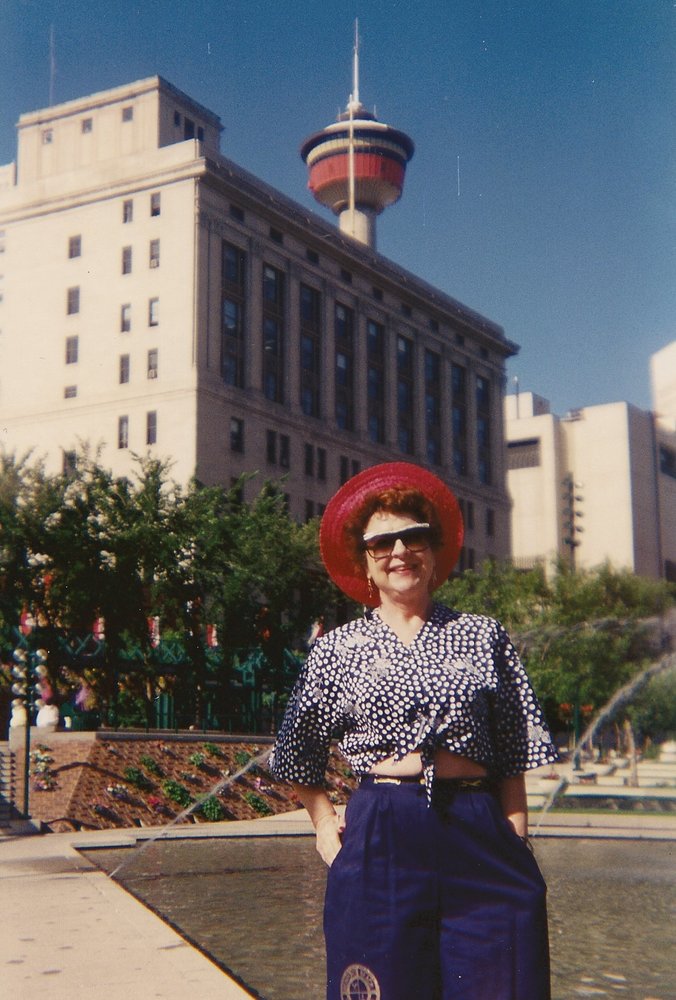 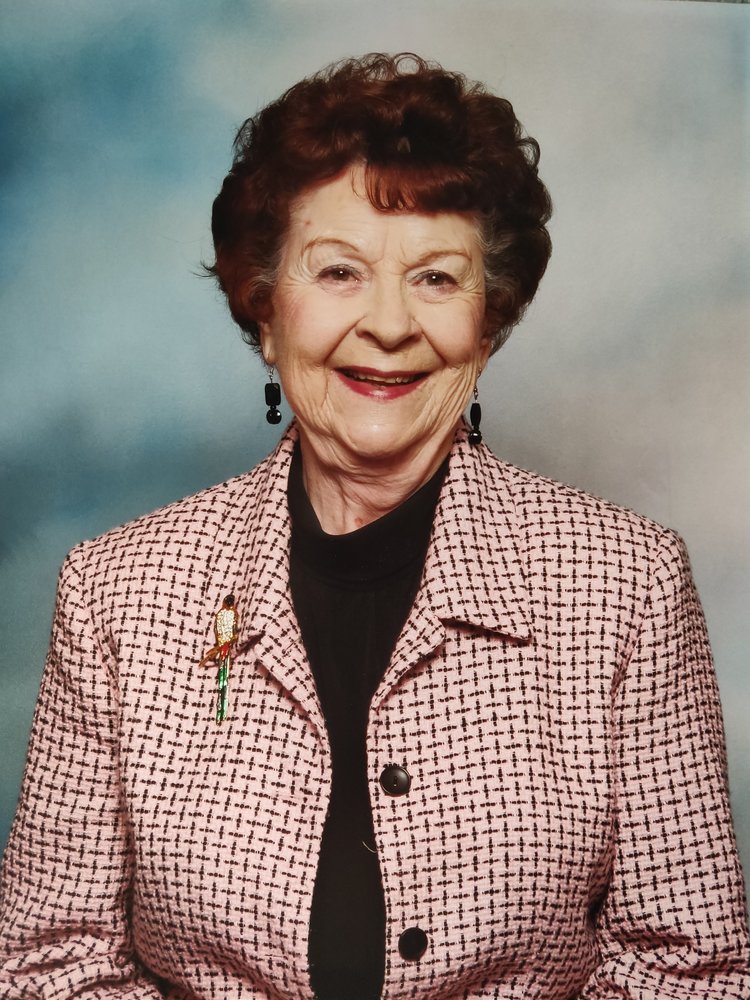 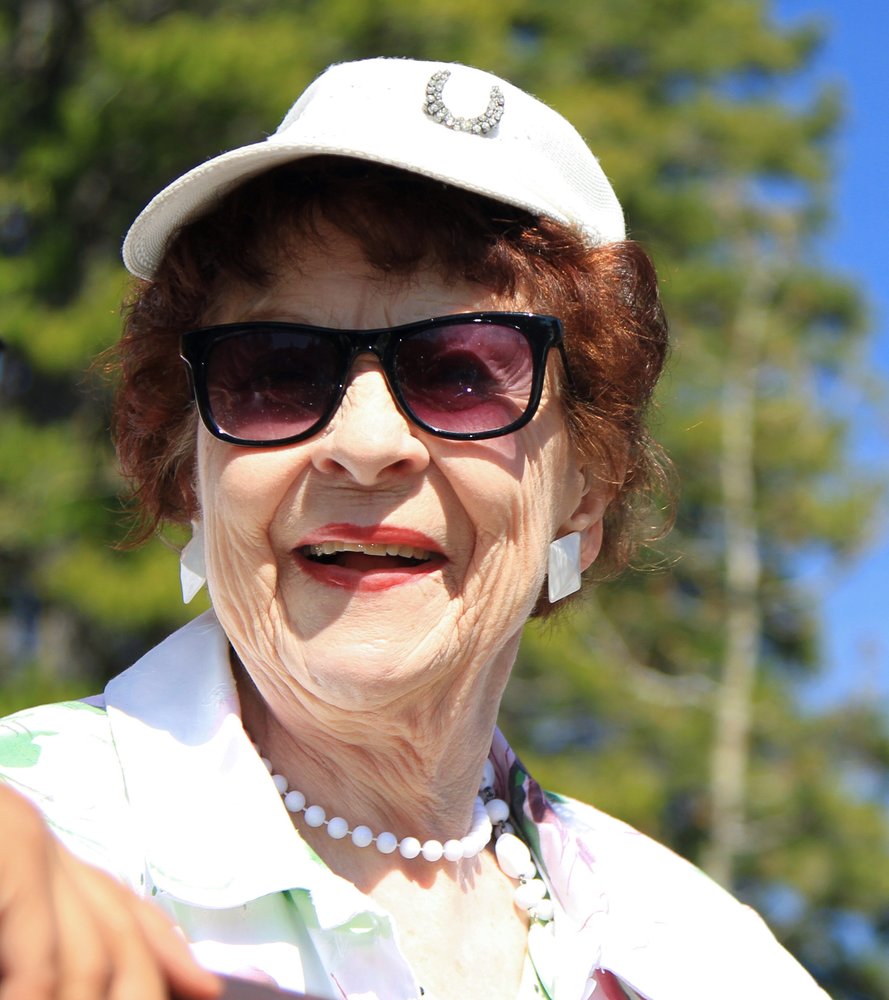 With sadness in our hearts, we announce the passing of our dear mother and grandmother, a woman of faith and family.

Marie was born in Byemoor, Alberta to Roy and Lavina Goodkey and sister Irene.  From there, the family moved to Wainwright, and two brothers, Elmer and Stanley were born.  In 1943, the family moved to Edmonton, where her youngest brother, Alvin was born and Roy took a job on the Railroad.

Marie was always an industrious woman, working hard on he farm as a child and beginning work at age 15 in the local bakery.  Through one of her co-workers, she met her future husband Jack Stadler.  Marie and Jack were married June 30th 1951.

In 1960, Jack and Marie and their daughter, Linda, moved to Calgary, and a new life began.  Marie began a successful career in sales with Stanley Home Products.  With careers and two children, Linda and Larry, Calgary became home, but every holiday and long weekend was spent with family, either in Edmonton or Killam, AB.

Marie lived a long and full life, often sharing stories of life on the farm or parties they had or recounting tales her father would tell.  She loved to dance, play cards, travel and bake.  Her two kids gave her five grandchildren and four great-grandchildren.  Her career in sales gained her recognition, winning multiple awards and provided her opportunities to travel.  In her retirement, she was a snowbird and spent a number of winters in Mesa, AZ.

In later years, she made her home in Langdon, where she lived with her daughter, Linda and her family. She attended the local church and made friends at the Indus Live Wires and the Langdon Women’s Institute.  Marie loved to feed the birds and watch them at the feeders.  A deck of cards was never far from her side – socializing often included a crib board, Sticks, a Sequence board, and always a score sheet.

Marie is reunited in heaven with her parents, her husband, her sister Irene, her brother Elmer, and her beloved daughter, Linda.  She leaves in this world her son Larry Stadler (Glenda), and his daughter Lauren Stadler, her two brothers, Stanley (Helen) and Alvin (Donna), as well as Linda’s children, Jennifer (Randal), Neil (Sarah), Eric (Lindsay), Jeff (Tara) De Vetten, and her great- grandchildren, Marcus, Lily, Jackson and Emilia.

Due to the pandemic, a celebration of Marie’s life will take place at a later date.  In lieu of flowers, donations can be made to Crossroads Christian Communications, an organization close to Marie’s heart.

Share Your Memory of
Marie
Upload Your Memory View All Memories
Be the first to upload a memory!