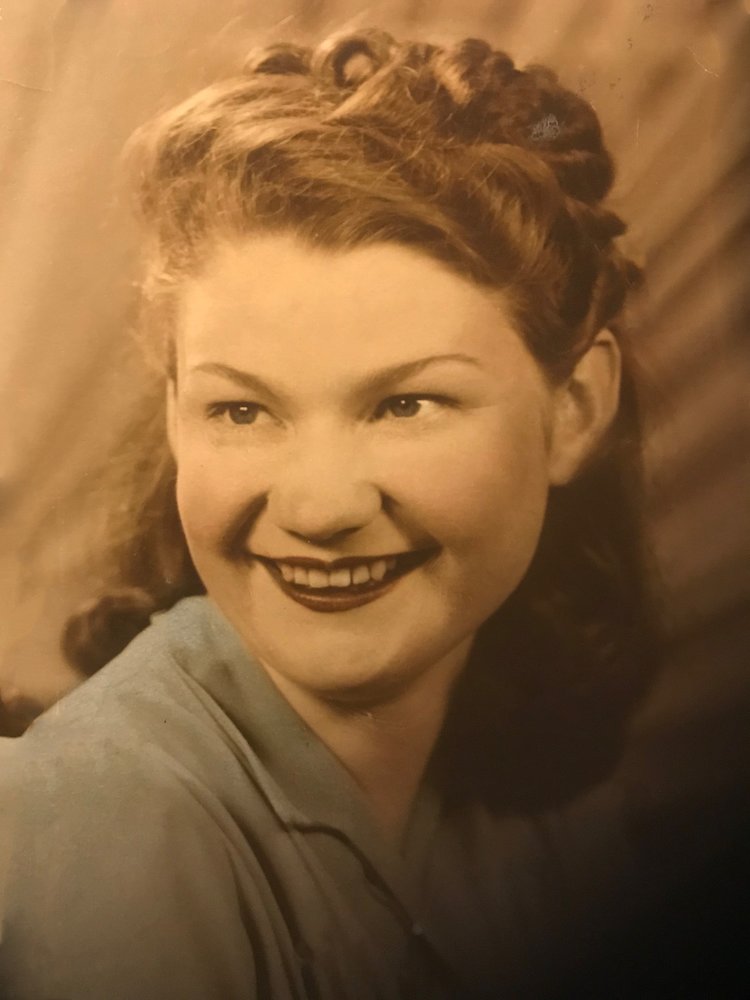 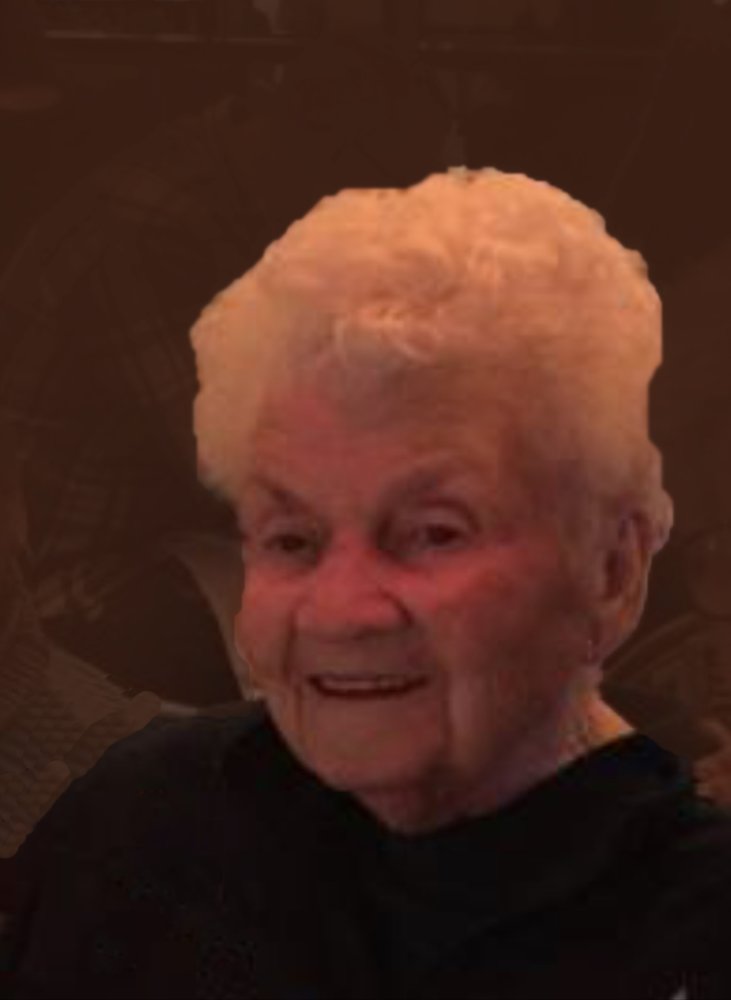 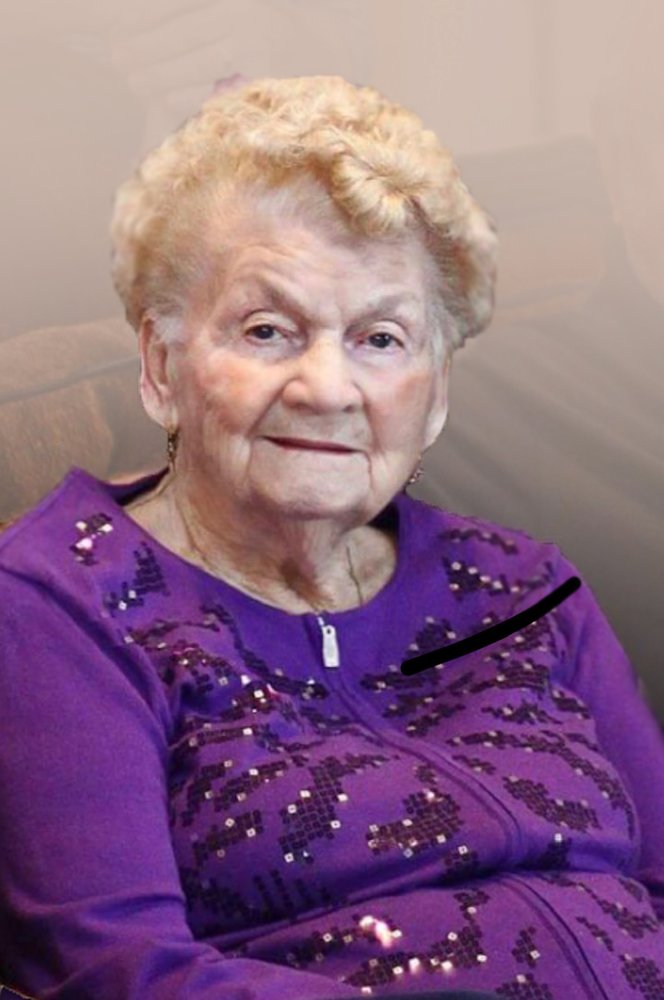 Obituary of Viola May Yeomans

Viola (Vye) passed away peacefully at her home in Strathmore, Alberta on the morning of November 28, 2020. Vye is lovingly survived by her daughter, Jollene Austin ,Westport, CT two sons; Robert Gibbons (Elaine) of Southport, CT; Russell Austin (Joy) of Calgary, AB; four grandchildren, Tammy Keilch (Robert) of Newport Beach, CA, Todd Gibbons (Angela) of Southport, CT, Jeffrey Austin of Calgary, AB, Jody Watson (Grant) of Strathmore, AB. She cherished and was so proud of her 4 great-grandchildren, Robert Keilch, Sean and Owen Gibbons and Finley Watson. She was also “Gama” to Cooper and Izzy (Jollene’s Golden Retrievers) who were her comfort. Vye was predeceased by her parents, Thelma and Norman Shaw, her sister Norma and brother Ted. Viola was blessed with 3 loving husbands that predeceased her; Robert Norman Gibbons (1946), John (Jock) Austin (1977) and Frydon (Don) Yeomans (2002).

Viola married Robert Gibbons in 1943 at age 19 and was widowed 2 years later with her son Bobby. She was a strong, independent mother who put the needs of her family first and went to work as a “Presser” at the Ontario Laundry. In 1949, she married Jock and raised 3 children while they both worked at the Colonel Belcher Hospital. They spent their summer vacations on Vancouver Island, camping and fishing. Vye loved to cook and entertain. She stocked up with fruit each summer from B.C and canned fruits, vegetables and fish they caught plus they planted a large garden. She lost her husband, Jock, suddenly in 1977 and spent her time mentoring, cooking and being a surrogate mother to Mount Royal College students. After enrolling in driving school at age 55 she hit the road and became a seasonal camper at Green Acres, Pine Lake. Each weekend she would gather up her two grandchildren (Jeff & Jody) and head to the lake where she built long lasting friendships at the bonfire for 24 years.

Vye enjoyed travelling with her “bestie”, Thelma MacKenzie to Las Vegas and they always said “what happened in Vegas, stayed in Vegas”. They spent many evenings together reminiscing the years they worked together and had many laughs.

In 1983, she met Don Yeomans, retired Principal from Colonel Walker School and they married in 1987. They spent their honeymoon travelling the Orient before they settled as “Snowbirds” in Mesa, Arizona for 20 years. Don loved Hawaii and introduced Vye to the ocean and golf. She learned to swim in her early 60’s and hit (3) hole-in-one golf shots before becoming President of the Viewpoint Ladies Golf Club. Vye and Don hosted many golfers for her famous turkey dinners and driveway socials. They were avid Ballroom dancers and her nickname was “Golden Slippers”.

In 2002, the Lord called Don home after many years of battling dementia and leaving Vye widowed for the third time. She moved to Arbour Lakes Retirement where she spent 6 years before relocating to North Carolina to reside with her daughter, Jollene. Vye was a devoted Christian and attended Mills River United Methodist Church. She was known as the “beautiful lady with silver hair” in the front pew. She enjoyed cruising with her daughter and friends to Alaska, Panama Canal and the Carribean.

Her family has lost a legend and her legacy as a Mother, Grandmother, and GG lives on:

“We lost our GG she was a strong woman who fiercely loved her family. She was the best storyteller with an incredible mind going back 96 years…we miss you at the hockey rink but we know you are watching from the heavens and cheering us on ”

“Thank you for being my best friend, for showing me what strength is and how to make a perfect fire grilled cheese, it’s a blessing to know you and to love you. “You betcha, GG”

“Thank you for everything you did for me, I love you Grandma”

“I will always remember packing my gold and blue flowered suitcase to have a sleepover at your house, I inherited your big auburn hair and my skinny lips (our signature look). You have been an amazing influence in my life overcoming and achieving so many things in 96 years. Robby knows you are watching every shot and you will be with him on his professional golf career”

The family would like to express their heartfelt thanks and gratitude to Dr. Alan Young, Strathmore Homecare, Loretta Lakeman, Michelle Driver, Denica Mulder, Evie Fowler and Brenda at Stylz.

In addition, the family is grateful for the love of her close friend, Eleanor Gould (91). Vye was blessed to share a family gathering in her honor in July , 2020 with her nieces and nephews. Due to Covid-19 restrictions, Vye’s immediate family will be holding a private service.

In lieu of flowers donations can be made to: AARCS, Alberta Animal Rescue Society https://aarcs.ca/donate/

Your life was a blessing, your memory a treasure, you are loved beyond words and missed beyond measure.

Share Your Memory of
Viola
Upload Your Memory View All Memories
Be the first to upload a memory!
Share A Memory