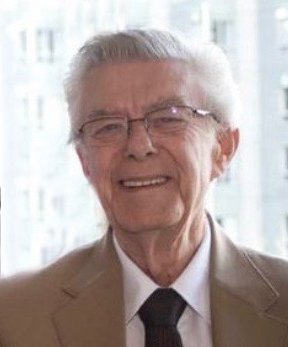 Our family is saddened to announce the passing of William Wallace of Standard, Alberta, on December 26, 2020 at the Rockyview General Hospital at the age of 79 years.

Bill was a very loving and devoted husband, father, son, brother, uncle, and friend. He was born in Listowel Ontario, and grew up on the family farm in Howick Township. He married Patricia (nee Ryan) on October 4th, 1969.  Bill and Patricia ran the family farm together until their move to Calgary, Alberta in 1975.

Bill worked in the trucking industry for many years and once he and Patricia retired, they devoted time to their much-loved yorkies Ben, Mattie and Prince. Bill also spent many days at the dog shows where he and Patricia made many friends.

Bill is survived by his daughters: Susan (Steve), Kimberly (Kevin), Cathy (Ed), and Angela (Kevin); his grandchildren: William, Rebecca (Marty), Shilo (Ryan), Megan (Jarett), Ryan (Gillian), Kyle (Kady), Jarrett (Emilie) and his youngest granddaughters Ceira and Saoirse; and his great-grandchildren; Autumn, Kodee, Keegan, Tyler, Meric, Peyton, Casey, Calum, Myla, Zoey and Oliver. Bill is also survived by his brother Maurice (Shirley) and his sister-in-law Dorothy Wallace, as well as his many nieces and nephews. Bill was predeceased by his loving wife Patricia in 2009, his brother Bruce Wallace and his sister Jean Gallagher.

The family would like to thank the incredible staff on Unit 73 at the Rockyview General Hospital for the special care provided to Bill. In lieu of flowers the family requests donations may be made directly to the Calgary Health Foundation, Rockyview Hospital, in Bill’s honour (online here).

To watch a video of the funeral service, please click here.