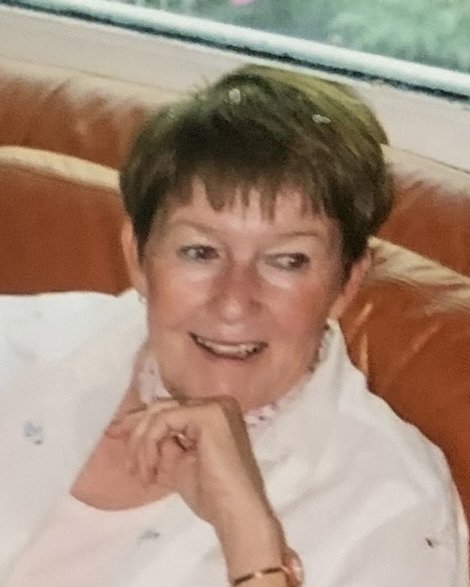 Norma passed away after a formidable fight with pancreatic cancer.  She is survived by her 4 children; Jacci Christensen of Calgary, Sharon Gregory (Dan) of Calgary, Grant Christensen (Jolayne) of Standard, AB, and Janie Christensen of Calgary; and grandchildren Danielle Suppin (Aaron) of Calgary, Sarah Hupman (Nathan) of Calgary, Tess Firkus of Calgary, Rosina Christensen of Standard, and great grandchildren Rachel Suppin, Andrew Suppin, of Calgary, and Addalyn Ledrew of Calgary.  Norma also leaves to mourn brothers John (Barbara) Bragg of Calgary, Allan (Susan) Bragg of Standard, AB, Robert (Joanne) Bragg of Calgary; and sister MaryLee (Colin) Bragg of Ottawa, ON, as well as numerous nieces, nephews, and cousins.  Norma was predeceased by husband Clark Christensen in 1998, parents Norman Bragg in 1960, Rachel Bragg in 2011, and grandson James Gregory in December, 2019.  Norma grew up in the Standard area, later raised her family in the same home where she grew up, leaving Standard to move to Strathmore in 2014.  Norma was a powerful presence with whom all conversation was compelling, her ability to story tell, connect and engage with all who knew her unmatched.  Norma worked in the Royal Bank in Standard, the Standard School library, later worked with Clark at the Esso agency in Standard, and was a charter member of the Standard Lionettes.   Following Clark’s passing, Norma returned to school at 57 to achieve her LPN, then worked in Strathmore at the hospital for several years.  An avid reader and news addict, Norma most loved golfing, and time with her dear friends; most recently the weekly ‘clubhouse’ in the age of Covid with friends Barb, Marie and Marie.  That time was only surpassed by her time with grandchildren and great grandchildren, all of whom she was tremendously proud and brought her unsurpassed joy.  Norma’s wit and perspicacity, her rich empathy and sense of fun, will leave the world much less for no longer being in it.  Norma was a member of the Nazareth Lutheran church and lived her life with a backbone of faith.  We trust she is God’s gentle hands.  A private service will be held at Nazareth Lutheran Church in Standard on Monday, January 18, 2021 at 1:00 p.m. If so desired, donations may be made directly to the Wheatland & Area Hospice Society (online at www.wheatlandhospice.ca).

Share Your Memory of
Norma
Upload Your Memory View All Memories
Be the first to upload a memory!
Share A Memory