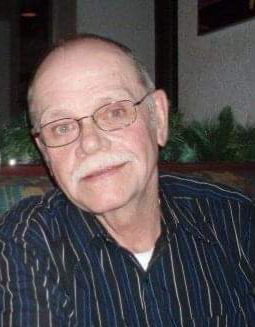 Ernest Gerald (known as Gerald, Gerry, or Ged to some of his old friends) McAuley passed away February 24 2021 at Calgary, Alberta at the age of 78.

Gerald was born on February 15 1943 in Welwyn, Saskatchewan to Ernie and Alice McAuley, a brother for big sister Audrey.  Gerald was raised in the Old Welwyn District until the family moved to McAuley, Manitoba area in 1952.    His father passed when Gerald was 9, and as a young adult he farmed with his Uncle Mac (Matthew McAuley)  He also had his own gravel truck and business for a short time.   In 1964 Gerald married Judy Marshall , and had a daughter named Terri in 1969.  He farmed for a few years before they moved to Red Deer, Alberta where they divorced shortly after.  Gerald started working for the City of Red Deer and stayed at that job until he retired.   Around 1978 he met Shirley Kingsbury and they moved in together.  They lived in Red Deer for many years with Shirley’s two sons, Scott and Steven, from a previous marriage.  Gerald and Shirley married nine years later in 1987.  They remained in Red Deer until 2001 when they moved to Tilley, Alberta then to Strathmore, Alberta in 2012.

Gerald always enjoyed most anything to do with vehicles.  He loved to fix them up, guess the year and make of cars he spotted, and attend car shows.  He also really loved the outdoors, fishing, and especially the mountains.   He and Shirley and all three kids loved to go camping west of Red Deer, and they went almost every weekend in the ‘80’s.  Most summer vacations were spent in Kananaskis.

Cremation has taken place and a small family memorial will be held at a later date.

Donations may be made to the Leukemia & Lymphoma Society in his honor  -(https://www.llscanada.org/leukemia).

Share Your Memory of
Ernest
Upload Your Memory View All Memories
Be the first to upload a memory!
Share A Memory