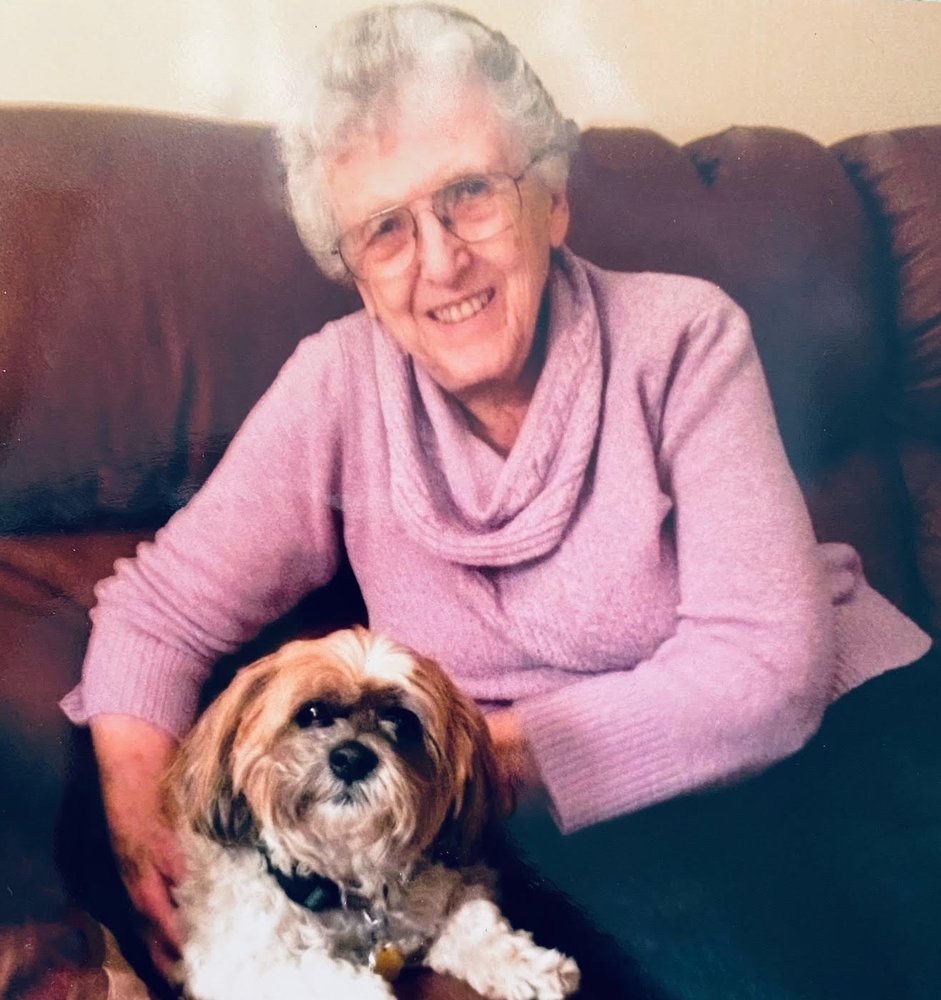 She was born Sheila Mae Copithorne on March 13, 1935. Sheila was the daughter of Percy and Edna Copithorne, the eldest of 3 children on the CL Ranch on the banks of the Jumping Pound creek.

She was raised on an old time ranch, which in her early years was run entirely by horsepower.  As a result, she rode horseback to school for 9 years, then attended high school at Mount Royal College.

In 1951, Sheila’s sister Margi came down with polio. Sheila spent that summer helping so her mother could care for Margi. This was an enormous job which included cooking for haying crews and chores. Margi’s situation encouraged her to go into nursing. Sheila trained at the Calgary General Hospital. After graduation, she nursed  at the Vulcan  hospital.  This gave her an opportunity to meet Ted. They were married on August 3, 1957 and farmed in the Arrowwood district until 2004.  They retired to Strathmore in 2007.

While living in the Arrowwood Community, Sheila volunteered in many different capacities including using her nursing skills when there were emergencies. Later, she was very active in the Strathmore Alliance Church.

A memorial service will be held on Saturday March 20, 2021 at 1:00 pm at the Strathmore Alliance Church for immediate family, followed by a graveside service at 3 pm in Arrowwood. The memorial will be ‘live streamed’.

The family would like to thank Dr. Sader and nursing staff at the Strathmore Health Center for the excellent care Sheila received.

In lieu of flowers, donations can be sent directly to the Calgary Pregnancy Care Centre (205, 925 - 7 Ave SW Calgary AB T2P 1A5 or www.pregcare.com)

Share Your Memory of
Sheila
Upload Your Memory View All Memories
Be the first to upload a memory!
Share A Memory