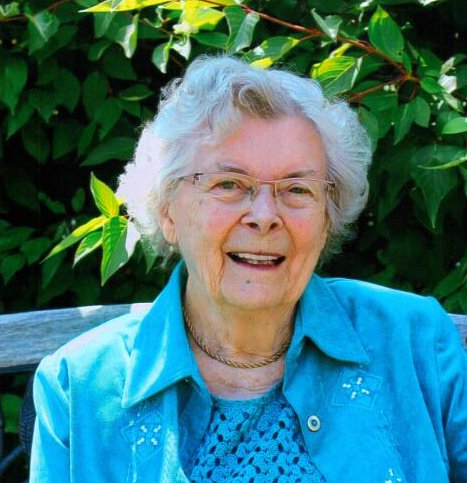 Obituary of Edith May Kathol

It is with great sadness we announce that Edith Kathol of Rockyford, Alberta passed away peacefully of natural causes on Mother's Day, May 9, 2021, just shy of her 92nd birthday. Edith was a beautiful, warm, kind-hearted and generous woman. A devoted wife, mother and friend. She will be dearly missed. She was predeceased by Francis, her loving husband and best friend of 49 years, and a daughter Cindy. She is survived by her children; Douglas Kathol (Diane) of Colorado Springs, CO, Deborah Budd of Calgary, Maureen Upson (Kelly) of Kamloops, BC, Evelyn Kathol and Donna Kathol (Don) of Calgary.  She is also survived by Laurie (Garry) Hendersen; 13 grandchildren, Ryan and Tyler (Susie) Kathol, Jason (Jennifer), Jamie and Devon Budd, Andy, Sandra and Tom Upson, Nicole, Susan and Jacqueline Smith, Katie and Michael Henderson and four great-grandchildren.  She is also survived by her brothers, Hank and Bill Den Boer.

Born and raised in Baintree, Alberta, Edith was the youngest of eight children of parents Peter and Martina Den Boer. Edith and Francis met in 1948 and were married in 1951. They raised their family near Rockyford on the family farm that she and Francis built. Edith and Francis enjoyed traveling and spending winters in Arizona. After Francis’s death in 2000, Edith remained on the farm until 2014, then moved to the Wheatland Lodge in Strathmore. She then moved to Calgary in 2020, where she spent her last eight months.

Gardening was her life-long passion. Initially growing vegetables for her family of eight, to developing beautiful flower gardens that were the subject of national gardening magazines, the garden grew and flourished.

Edith was a true and talented artist. She started piano lessons as a child and became a wonderfully gifted pianist. She served as the organist at St. Rita’s Catholic Church for 50 years. Edith also enjoyed sewing, knitting, photography, watercolor painting, tatting, floral arranging and card making, but her greatest enjoyment was porcelain art – creating a beautiful collection of painted items, vases, figurines and dinner settings.

Due to Covid-19 provincial restrictions, a private funeral and interment will be held on Monday, May 17, 2021, Edith’s birthday, at St. Rita’s Catholic Church, Rockyford at 1:00 p.m.

Share Your Memory of
Edith
Upload Your Memory View All Memories
Be the first to upload a memory!
Share A Memory