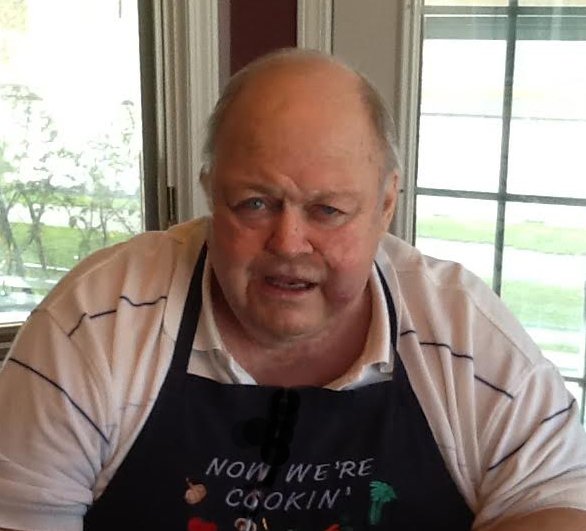 With great sadness, the family of Lorne Edward Ferguson announces his passing on May 23, 2021 at the age of 78 years.  He is survived by his wife of 57 years, Sharon; daughters Bonnie-Lynn (Kevin) and Lorna Elaine (Marc) as well as two grandchildren Jordan (Katie) and Daelyn (James) Deeg; three great grandchildren; his sister Elaine Rankine; nephew Lorne (Noreen) Rankine and niece Laurel Rankine.  He was predeceased by his parents Ed and Ruth Ferguson.

Dad was born August 27, 1943 and spent his entire life in the Gleichen, Alberta area where he farmed until his retirement in 1996.  After completing high school, Dad joined the Royal Canadian Navy and served for two years until he met mom while playing junior hockey with the Victoria Cougars and she was figure skating at the Victoria Memorial Arena.  They were married in April 1964 and moved home to the Ferguson homestead at Stobart where dad and Grandpa farmed together for many years.  While farming in Gleichen, Dad was very involved with the Gleichen/Cluny community, belonging to three Masonic Lodges, Eastern Star, Lions, serving on the Recreation Board for 27 years, a member of the Royal Canadian Legion, and a volunteer member of the local fire department.  Dad was instrumental in organizing the Gleichen/Cluny Old Timers hockey team, a local fastball team, as well he was responsible for starting skiing in the district for school children with trips and lessons sponsored by the Gleichen Lions.  Dad was an avid hunter, having guided in Canada and Mexico as well as being a founding member and director of the Foundation for North American Big Game. He and mom moved to Strathmore in 1998 when Lorna and her family moved home to the Ferguson homestead at Stobart.

Dad enjoyed spending time with his family at property they owned at Shuswap Lake in BC for over 35 years, horseback riding in the mountains, skiing, hunting, guiding, fishing, reading, the color blue, watching all sports and most of all spending time with family and friends. He has an extended circle of friends in Mexico and Cuba from his travels to the sun that he loved so much.  Dad was a hard working, determined, honest man who was known for being direct, genuine, and selfless to his family and his community.  He was full of love and laughter and always had a twinkle of mischief. His passing will forever leave tremendous emptiness in our hearts.

In keeping with Dad’s wishes no service will be held, rather a small gathering of family and close friends will be held at a later date to celebrate his life.  In lieu of flowers, donations may be made in Dad’s memory to the Royal Canadian Legion #10 Strathmore (Box 2041 Strathmore, AB  T1P 1K1).

Share Your Memory of
Lorne
Upload Your Memory View All Memories
Be the first to upload a memory!
Share A Memory