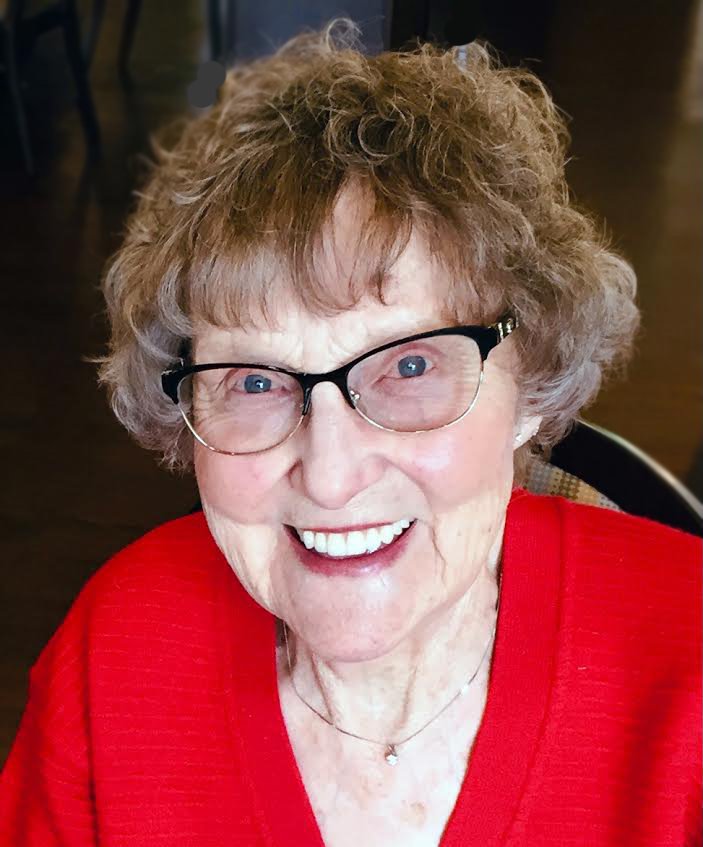 Gladys Bernice (Bea), wife of the late Joseph Milo (Joe) Thomson, mother of Jim (Ruth Hummel) Thomson, grandmother of Graham (Lisa) Thomson and Sarah Thomson, great grandmother of James Thomson, sister of Earlene Lindstedt and Charles (Ruth) Anderson, sister-in-law of Ian Thomson and Rob (Sharon) Thomson, and aunt to numerous nieces and nephews, was born May 20, 1930 and passed away at her home June 5, 2021. She was predeceased by her husband, Joe, sister-in-law Jean Thomson, parents Earland and Mabel Anderson, sisters Marion Miller and Marj Marks, brothers-in-law Art Marks and Henry Lindstedt, and was followed in death by her “baby” brother Wally (Karen Young) Anderson, just one day later, on June 6.

Bea was born, raised, and educated in the Milo, Alberta district. She and Joe were married in 1952 and together they made their home in Milo until they relocated to Calgary in 1989. They operated Thomsons General Store until 1981 when they retired from the business to pursue their love of golf and their winters in Lake Havasu City, Arizona. Bea was a force. She took on every task and endeavour with purpose. She was a devoted wife, homemaker and mother. She took pride in keeping her home and its contents immaculate and was a talented and adventurous cook and baker. She was a marvelous gardener and in the summer her yard was always bursting with colour from the assortment of flowering annuals she planted. When not working her fingers to the bone, she was a fierce competitor on the curling ice and the golf course. Our family would like to thank Dr. Matthew Ginzer and the loving and devoted staff of United Active Living at Fish Creek for the wonderful care they provided her. Bea’s life will be celebrated at a later date. If desired, donations may be made in Bea’s memory directly to Milo Fire Department (Box 192  Milo, AB T0L 1L0). To send condolences please visit Bea’s obituary at www.wheatlandfuneralhome.ca

Share Your Memory of
Gladys
Upload Your Memory View All Memories
Be the first to upload a memory!
Share A Memory