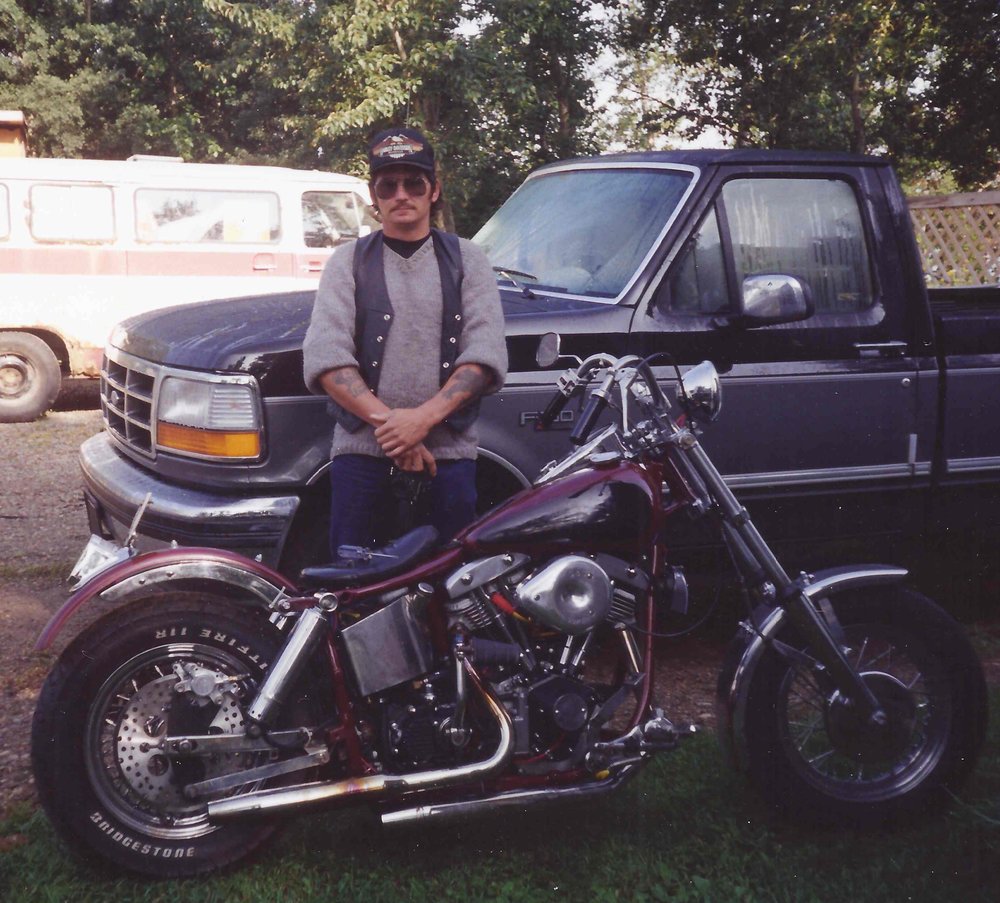 Murray was born in the Dauphin region of Manitoba. He was the second oldest of five Children. His family moved to Thompson when he was very young, like most families at that time looking for stable jobs. He lived in Thompson up to his late teens before heading out to Regina Sask in search of adventure. In those days you could work a seasonal job all winter and quit and draw UI all summer, leaving plenty of time for road trips and biker parties.

He worked installing cell towers in the early 80's and even did some installations in Australia. At that time, he told his boss he was heading to Oz and got a plane ticket;  his boss said the office there wouldn't hire him and that he should stay back, of course he ignored him. He had people waiting for him to go to work when he stepped off the plane. His only complaint about Oz was that it was hard to get into a fight.

He came back and continued installations across the country, building out cell tower networks. Through his love of Harley Davidson motorcycles, he found other enthusiasts in a motorcycle club of Regina. He split from the club and focused on building bikes and a pension, working in the oil sands boom. He sure loved working for the iron-workers Union they were a kindred kind.

There are endless stories about the bar brawls he had throughout the time he had when he traveled with the tower crews and the weekends in Regina. All that physical activity caught up with him in later years in the form of aches and pains. His parents have passed along with two deceased younger brothers Martin and Kiki. There are only two left now, oldest brother Michael and younger sister Mona. The remaining family would like to thank his Friends Chad and Steve for helping him when he was in a bind, we appreciate what you did for him.

Murray lived in his last days in Cluny Alberta, he was a regular at Pete's Bakery. His Neighbors, Angelo the Greek, Brent, Tex & Add looked out for his property when he was away. Murray found a welcoming town where he fit in just fine with kind locals. He will be missed in community.

He never had a relationship long enough to have a family, he had plenty of girlfriends but the priority in the long run was the freedom of the road and working away. His nephews liked and respected him, his sister Mona and cousin Kim worried constantly about him being healthy and safe. In the end he couldn't resist doing hazardous climbing tasks even with shaky health conditions. He died with his work boots on, I bet there was big smile, just before it was time to follow that light....

Share Your Memory of
Murray
Upload Your Memory View All Memories
Be the first to upload a memory!
Share A Memory