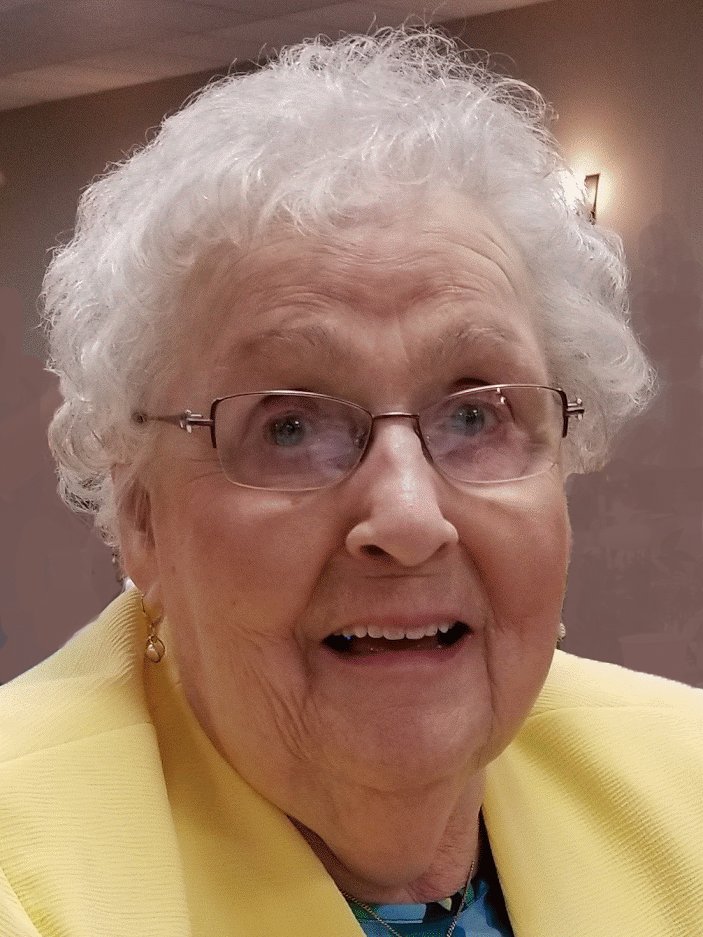 Martina “Tina” Henrica Jacoba (Van Berkel) Wolfs was born February 8, 1933 and passed away in her sleep at 1:30 am Wednesday morning July 7, 2021, on her youngest son’s birthday, at the age of 88 years at her residence at Sagewood Care Center.

Tina was born and raised on a farm in Tilburg, Netherlands.  Born during the great depression and a young girl during World War 2 she immigrated to Canada at the age of 20.  She married her fiancé Harry Wolfs soon after arriving in the small village of Rockyford on Feb 10, 1954.  Tina and Harry worked hard raising 5 boys and chasing the dream of one day owning their own farm.  They successfully bought their dream in 1971 near Rockyford and happily lived there until 1996.  They retired, moved to Strathmore and stayed socially active with family and friends.  Harry passed away on July 14, 2014 and Tina moved into Sagewood in early 2015 due to health issues.   Tina was a fantastic cook and her greatest pleasure was having family and friends over for food and good times.

The family would also like to extend our greatest thanks and appreciation to the staff of Sagewood for taking such good care of Mom during her time there.  She loved you all.

Share Your Memory of
Martina
Upload Your Memory View All Memories
Be the first to upload a memory!
Share A Memory