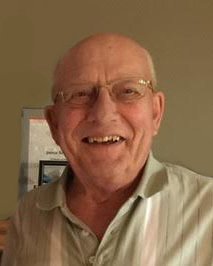 The family of Eldon George Blanchard is saddened to announce his sudden passing at the Peter Lougheed Hospital, Calgary, Ab. on Wednesday, July 21, 2021 at the age of 76 years.

He was predeceased by his parents George and Jean Blanchard, his brother-in law Gordon Heisler, and his in-laws Victor and Josephine Opp, his brother in law Brian Opp and his sister in law Bonnie Adams.

Eldon was born in Medicine Hat on September 16, 1944 and was actively involved in hockey, baseball, and football. He worked with CP rail as an Engine Attendant for many years and retired August 1, 1989. From this career he jumped into running a painting business. The move to Strathmore gave him the opportunity to be a school custodian which he loved. Because of ill health he became a domestic engineer.

He was a faithful member of Bill W (AA) for 45 years and loved helping those in need and especially those new in the program. He faithfully read his little Black Book every morning.

There will be a celebration of life on Thursday evening July 29, 2021 at Lord of All Lutheran Church (112 Lakeside Blvd. Strathmore) at 7:00 p.m. with lunch to follow. Pastor Dawn Nelson officiating

If desired, donations may be made to the Wheatland & Area Hospice Society (Box 2154 Strathmore, AB T1P 1K2 or wwwwheatlandhospice.ca)

Share Your Memory of
Eldon
Upload Your Memory View All Memories
Be the first to upload a memory!
Share A Memory