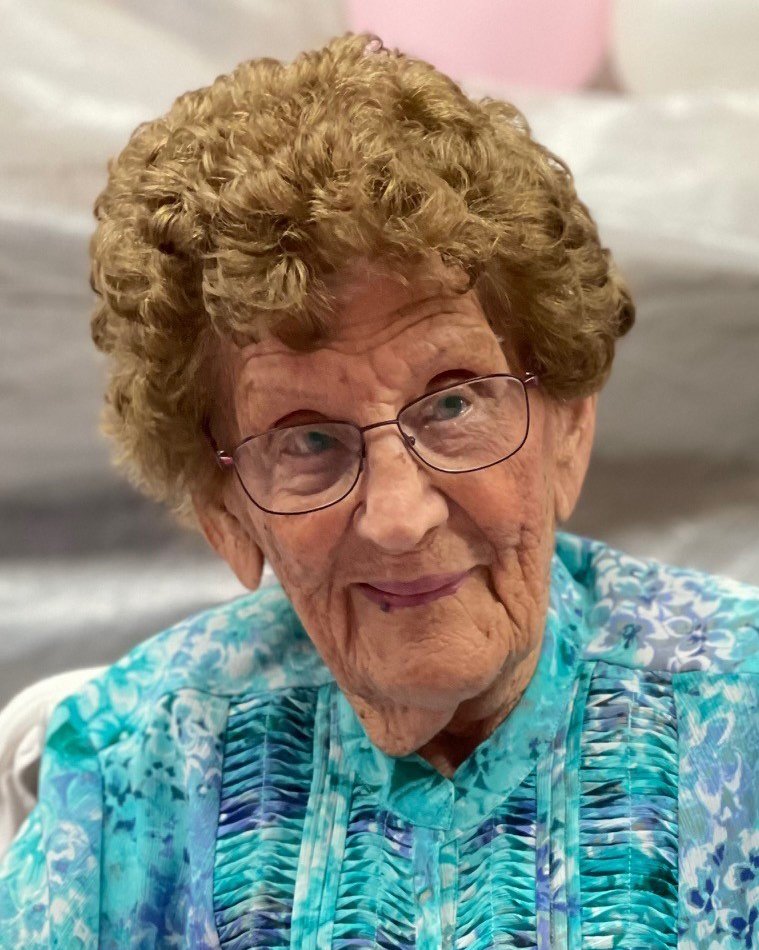 It is with great sadness that we announce the passing of our mother, grandmother and great-grandmother Esther Charlotte (Wegener) Dawkins, Fraser on Wednesday August 11, 2021 at Strathmore Alberta. She was 99 years old. A lifelong member of the Strathmore community, Esther was well-loved in her small town.

Born in Tudor, Alberta on July 23, 1922, she was the fourth of Charlotte and Herbert (Fred) Wegener's ten children. In 1948, Esther married Walter James (Jim) Dawkins, a town policeman in Strathmore and had two daughters, Bernice Charlotte and Barbara Helen. After Jim passed away in 1956, Esther went to work for Tom Oldham at the local grocery store. Following the closing of the grocery store, she worked for the Strathmore Co-op for over 30 years. In 1958, Esther married Alexander "Sandy" Hugh Fraser, known for his work at the County of Wheatland. After 38 years of marriage, Sandy passed away in 1996.

Esther kept busy with her love of gardening, bowling, bingo at the Legion and hockey.  Esther will be remembered cheering on her grandchildren at the ice arena. Her greatest love was her family. She treasured her grandchildren and embraced every moment with them. She especially loved her role as G.G.

We would like to thank the staff at the Wheatland Lodge and AgeCare Sagewood for their kindness and support of Esther over the years.

Share Your Memory of
Esther
Upload Your Memory View All Memories
Be the first to upload a memory!
Share A Memory