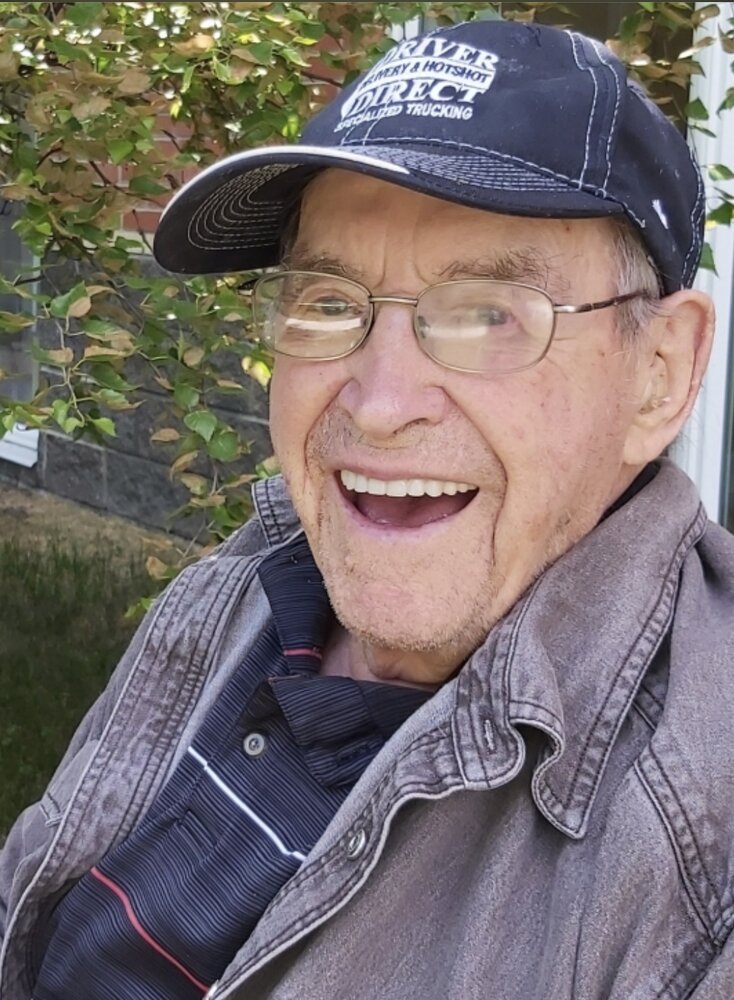 Bill passed away with his children by his side Sept 30 at Sagewood Care. Born Nov 11 1926 in Raymond, AB he was the second oldest of 5 boys, George, Bill, Ken, Ron & John. At an early age the family moved to Brocket AB and the farming began. Bill did many jobs growing up but became a Heavy Crane Operator and a member of Local 955 in May 1963, he earned his life time membership for 50 yrs in 2013. Retired at the age of 55 he remained active in the union. Bill & Doreen ( wife of 53 yrs) raised 4 children in Calgary AB, moving to Strathmore in 2007 where they were active members in the Alliance Church. Bill lost Doreen on his 90th Birthday and moved to the Wheatland Lodge shortly after moving to Sagewood. Bill is servived by his children Sherry ( Calgary) Billy (Sundre) Susan (Tony) (Strathmore) Cindy (Stu) ( Sundre ) 1 granddaughter ,8 grandsons , 2 great granddaughters & 6 great grandsons. The family would like to acknowledge the staff that took amazing care of Dad at Sagewood especially during these hard times. There will be a private celebration of life for Bill at a later date.