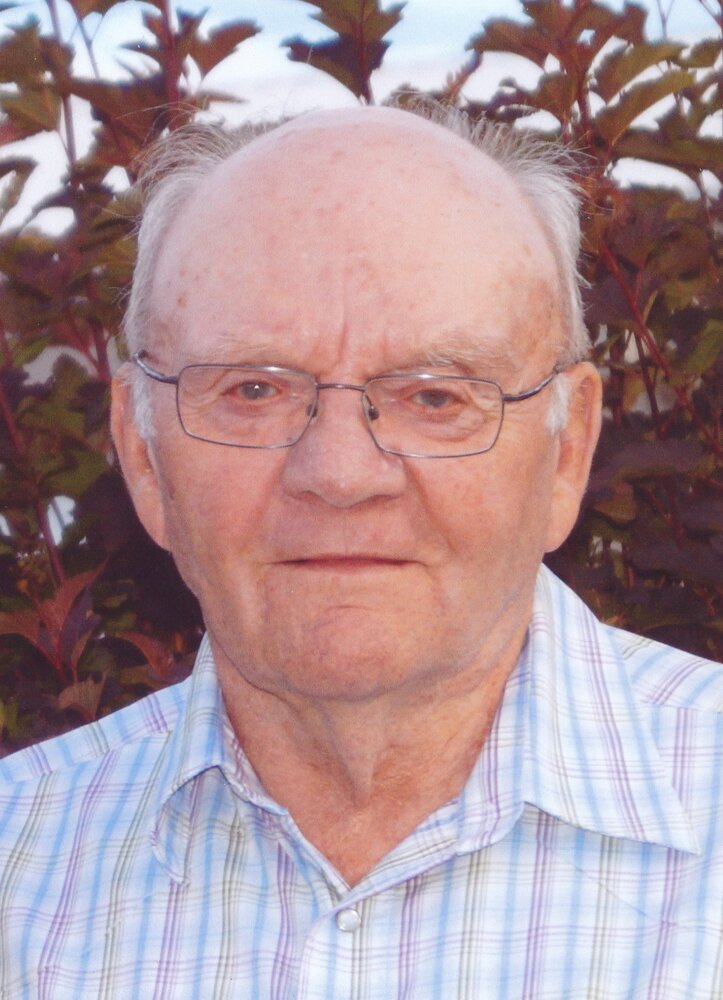 With heavy hearts, we say goodbye to our beloved husband, father, brother, grandfather, and friend to many. Kenneth William Stewart passed away in Strathmore with his family by his side on October 7, 2021 at the age of 86.

The eldest of six children, he was born on August 14, 1935 to Gertrude and William Stewart on the family farm in Cluny. He took his schooling at Cluny School, then due to his father’s early passing took over the responsibility of the family farm at a young age.

On July 28, 1955 he married the love of his life, Angele (Gauthier) and they started their life of 66 years together. Ken took one year of mechanics at SAIT when he was sixteen, then worked for Ben Reimche, and the Western Irrigation District, eventually becoming a self-taught farmer, carpenter, mechanic, and welder. He could fix almost anything that needed fixing. His farm shop was the place to go for repairs by any and everyone – he really was a “Jack Of All Trades”. He was proud to be a Charter member of the Cluny Lions Club, helped organize the Wild Game Supper, and instrumental in the upgrading project of the Cluny Hall. He enjoyed hunting with “the boys”, trap shooting, golfing, camping, and visits with lifelong friends from his school years. For many years, Ken was the BBQ master for the annual Cluny Trail Ride. He built up his herd of Charolais cows for some years, but most of all he loved farming.

After retiring from farming in 2000 and moving to Strathmore, he kept busy as a general contractor. He always looked forward to visits with his family and indeed was the rock of our family. When we needed something done, he was the one we turned to and we knew it would be done right.

The family would sincerely like to thank Dr. Sader and especially the staff at Sagewood for their exceptional care during Ken’s time with them.

Due to Covid restrictions, a Private Family Memorial Service (invitation only) will be held on Tuesday, October 19, 2021 at 1:00pm at the Cluny Community Hall. A link to the video recorded Memorial Service may be found at the bottom line of this Wheatland Funeral Home Website Obituary and will be made available on Wednesday, October 20th by noon and will be left up for the forseeable future.

In lieu of flowers, donations in Ken's Memory may be made to the Wheatland & Area Hospice Society, https://www.wheatlandhospice.ca/donate or P.O. Box 2154 Strathmore, Alberta T1P 1K2.

To watch a video of Ken's service, click here.

Share Your Memory of
Kenneth
Upload Your Memory View All Memories
Be the first to upload a memory!
Share A Memory