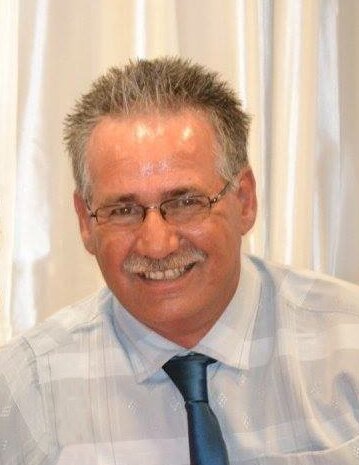 Randy was a man of many talents from mechanics, wood working, and welding to name a few. He could make something out of anything and never strayed from a challenge. Randy had a passion for construction, working for Thermal Design Insulation for more than 20 years. They became his ‘second family’ and continued to support Randy throughout his life. Working for TDI allowed him to work and travel all throughout Canada (and even briefly in South Korea), where he made friends everywhere he went. Randy was known for being your neighbourhood snow blower and always there to lend a helping hand. Randy was the man you could always count on, the rock of his family, and was welcoming to everyone on his path with a warm smile and a big bear hug.

Randy faced life altering circumstances four years ago resulting in him being a paraplegic, but this never stopped his passions. He transformed his home and garage to adapt to his new life and thrived! Randy’s ambition was to start a furniture business and he passed his days doing what he loved with his two dogs Lucy and Molly at his side. Randy faced his magnitude of struggles with strength and admirable courage and will be dearly missed by his wife, daughters, daughter-in-law, mother, siblings, nieces, nephew, and many other family members and friends from all across Canada.

A private family service was held December 22, 2021. A celebration of life will be announced for all family and friends at a later date. In lieu of flowers, donations can be made directly to the Royal Canadian Legion Strathmore Branch #10 (Box 2041, Strathmore, AB, T1P 1K1) or to Spinal Cord Injury Alberta (online at sci-ab.ca).

Share Your Memory of
Randy
Upload Your Memory View All Memories
Be the first to upload a memory!
Share A Memory