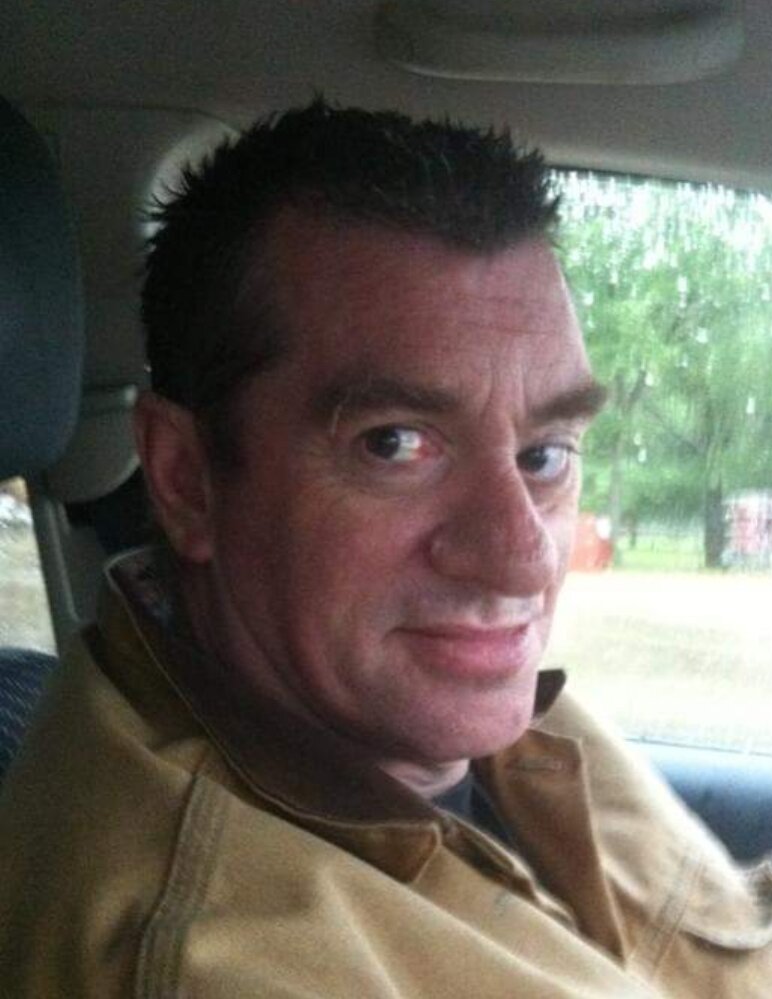 It is with profound sadness and heavy hearts that we announce the passing of Marty on December 22, 2021, at the age of 48, in Calgary, AB, after a brief battle with cancer.

Marty was born in a farmhouse on his parent’s property in St. Francis Xavier, MB in August 1973, thus entering the world with the same exuberance that he showed throughout his whole life. Growing up on a farm, near a small town, Marty was surrounded by animals, outdoors and adventure, which is where his love for hunting, getting dirty and having fun began. Marty was the middle child of Ernest and Elaine, growing up with his older brother Mark and his younger brother Paul. The Lavoie family was well known in the area, with many aunts, uncles and cousins that spent so much time together. Family was an important part of Marty’s life, and as time went on, he became an amazing uncle to his nieces and nephews.

Marty discovered his passion for truck driving and risky professions early on and adapted that love into a career that spanned decades. Marty did everything from heavy equipment operation, working on the Manitoba Floodway, being on the icebreaker crew in Manitoba, driving the Ice Roads, being a volunteer firefighter and being the go-to guy for the trucking companies that he worked for over the years. Marty spent the last 10 years with Rosenau Transport, forging many strong friendships that carried on even after he left to take care of his health.

In 2006, Marty moved from Manitoba to Alberta where a new chapter of his life began. It was in Calgary, AB that he met his future wife, Alanna and, in Marty’s words, “went from a bachelor to a father of two overnight”, when he became an incredible bonus dad to James and Dylan. Over the next few years, Marty and Alanna had two more children, John and Faith, making them a family of six. Marty was an amazing dad to all of the kids, always being involved in school, cubs, soccer, football, ringette and whatever else the kids had going on. Despite Marty being away from home five to six days per week for work, the weekends were always about spending time together; going on adventures with his family, impromptu road trips to Manitoba, a weekend away camping or day trips to Calaway Park or the zoo. While on the road, Marty would always keep in contact with home, his brothers, aunts and uncles, and friends, that were scattered in various provinces, making phone calls throughout the days and nights, so that even when he was away, there was still a closeness between him and those he loved.

Marty’s biggest wish was to get married to his long-time partner and on December 17, 2021, that wish came true. This was Marty’s last wish and on that day, he was surrounded by so much love and light, the same love and light that he always brought to those around him, that there was not a dry eye in the chapel.

Marty is predeceased by his father Ernest Lavoie and mother Elaine Falls, along with other extended members of his family.

To watch the live stream, click here. The video will go live approximately 10 minutes prior to the service. If any circumstances prevent the video from playing smoothly live, the funeral service video will be available at the above link by January 2, 2022.

Share Your Memory of
Marty
Upload Your Memory View All Memories
Be the first to upload a memory!
Share A Memory