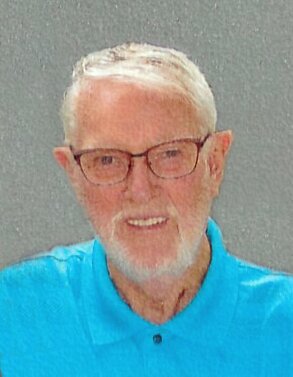 John was born in Scotland in 1936 and lived there until he was 18, when he joined the Royal Air and trained as an air traffic controller. He served in several areas including Germany, England, and Edinburgh where he met Anne in 1957. They were married in 1959 and so started a life of travels. Their only son Iain was born in Gibraltar in 1964. When we returned to Britain, John’s twelve-year term in the RAE was complete and there was not much work in air traffic control. In 1967, we boarded the Queen Mary on her last passenger voyage and arrived in New York. From there, we took a bus to Toronto for a few days and then it was on to a train bound for Vancouver. What a huge country this is after having lived in Britain for most of our lives! After five years, we moved to Calgary where we stayed until retiring to Strathmore in 2000. Retirement for John meant traveling and camping in the RV all over Canada and the U.S.

We found square dancing in 1986 and loved it; attending dances and conventions in Canada and the U.S. and being part of the organizing committee for a large event in Calgary in 2004, with dancers from all over the world in attendance. The highlight was dancing in the opening ceremonies of the 1988 Olympics in Calgary.

John loved meeting and talking to people and hearing their stories, so Remembering Our Roots started. First as articles in the Strathmore Times and then as compilations of the articles into four books. Thank you to all the people who were interviewed, you made John very happy.

John’s health deteriorated and we gave up camping in 2019, then had to give up dancing. Our heartfelt thanks to those who were, and still are, our good friends.

Thanks also to Dr. Piesas, Dr. Sader, and the staff at Strathmore Hospital who looked after John during the last week of his long, adventuresome, life.

A memorial service will be held at a later date. Announcements will be in the Strathmore Times.