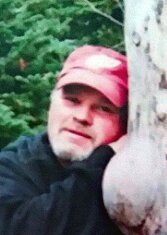 James (Jimmy) Gerard Watters of Siksika Nation, Alberta passed away peacefully in the Strathmore Hospital on January 3, 2022 at the age of 59 years.

Born in St. John’s, Newfoundland on April 11, 1962. Most of his childhood was spent living in the Atlantic Maritimes. His father worked for Air Canada, allowing his siblings and himself to travel. Most winters there would trips down south where the weather was warmer. His summers were always spent at Big Pond, Cape Breton at the family cottage. He had a love for boating , water skiing, diving for lobster, oysters and mussels. He had a natural bond with horses. One of his favorite memories were the times he spent on the banks of rivers in the west coast of Newfoundland. He had a love for a quiet, peaceful, slow moving river. He told many stories about the river being his favorite place to be. He would set up a shelter and was known to retreat and not be seen for a couple of months. He lived off the land. He was thankful that he had acquired the skill of fly fishing, taught to him by his older sister. In his early twenty’s he drifted across Canada. As the years passed and many life experiences came and went, he eventually ended up on Vancouver Island, as far west as one can travel in Canada. There he became some what of a “Rebel” even purchasing a Harley Davidson motorcycle. When not working and weather permitting, he toured to the United States. In the early spring of 1982 he had a horrific accident and spent months in the hospital including rehab. His passion for the loud , vibrations and smell of leather had ended. In 2004 he met his life partner. They had a whirlwind romantic first year. He toured the city, showing her all of his favorite places. Eventually they moved to Alberta. Her native land, they moved to Siksika Nation to live a simpler life. There he spent most of his time working on vehicles and helping community members. He was always willing to offer a drive, or help someone in need. He never refused anyone who knocked on his door. Whether it was someone wanting warmth, a cup of tea or just to talk. He always welcomed all.

He was predeceased by his mother, Gerry Watters nee Morrias and father, James Watters.

Jimmy’s wishes were to be cremated, and no services will be held.

Share Your Memory of
Jimmy
Upload Your Memory View All Memories
Be the first to upload a memory!
Share A Memory