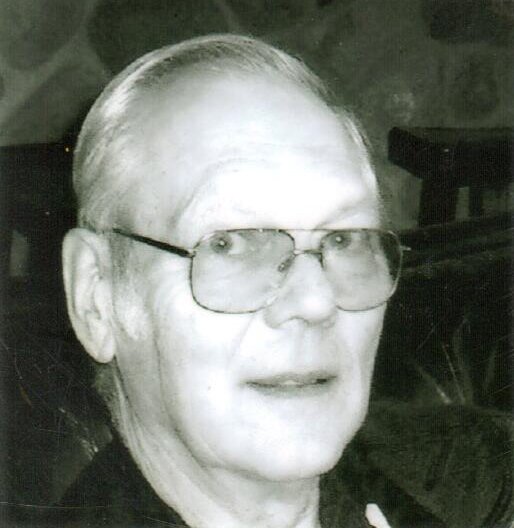 With heavy hearts, we announce the passing of Forrest Albert Herr in Strathmore, AB. Albert was born in Okotoks, being brought into this world by Dr. Ardiel at his home/office on Main Street in Okotoks, a building that is still there today.

Albert grew up when hard work was how things were done, before mechanization, and never shied away from it. He attended Allen School for 3 years, riding horseback with his sister, then rode the bus to Okotoks for the rest of his primary education. After high school he completed a two-year degree at Olds College in one year, before embarking on his farming career, starting on the family farm. Albert started dating Audrey Ann Sutherland in 1955, and they married in 1957, starting their farming operation and family. In 1969 they moved back to the family farm so he could farm with his father. After his first marriage ended in the late 70’s he met Sharon Byer (nee Stewart) and they married in 1982.  They were married at the end of the crop year and had to come back from their honeymoon to attend a Lions Cabinet meeting!

Along with farming, Albert always worked a job to support his family, first at Loves Feeds, and later at Eades Electric and A.G.’s warehouse. After working at the P & H grain elevator for his uncle, he became the manager. During that time, he started a farm supply business out of a warehouse at the elevator, serving the farmers in the area.  This continued until the mid-eighties, when he and Sharon moved for new work opportunities, first to Lethbridge to work as Supervisor at P & H, then to Peace River to run Great Northern Grain. They moved south to work at Kathyrn Grain and Alberta Wheat Pool in Kathyrn. After moving to Strathmore, he worked for John Deere on the edge of Calgary, then at Strathmore Building Supplies and Strathmore Flooring Supplies, ending his working life at 84 as a driver for the Marigold Library System.

When Albert wasn’t farming or working, he could be found serving his community. This began with assisting the Davisburg Telephone Co-operative, serving on cattle feeder associations, becoming a volunteer firefighter in Okotoks, eventually becoming Fire Chief. He was on the committee to build the Okotoks Recreation Complex, which took 7 years from the idea to the grand opening in January 1982.  He started with the Lions club in March 1976, and that became one of his passions. He was President of his Lions Clubs several times and was Cabinet Secretary, then District Governor.  He was awarded a Top Ten Lions of the World for his work with the Youth Exchange Program as well as several other awards for his work with the Lions. While District Governor he assisted with starting the Lions Eye Bank, located in the Rockyview Hospital.  He and Sharon traveled several times, usually in a blizzard, to Bassano to meet Medicine Hat Lions who transported donor eyes to be delivered to the Lions Eye Bank.  He wished to be a donor himself but was not accepted due to his age.  Donations in his name can be made to the Southern Alberta Organ & Tissue Donation Program, Foothills Medical Centre. 1403 - 29th St. N.W. Calgary, AB  T2N 2T9.

Sharon and Albert taught Old Tyme Pattern Dancing, Line Dancing, and Country & Western two-step.  Dancing was a passion they shared until the pain of his injured leg became too much for him.

Albert lived a full life and only slowed down this past year.  He passed due to congestive heart failure but was lucky enough to spend Christmas at home before going back to the hospital on Jan 8, 2022, to close the last chapter in his book of life.

A celebration to honor Albert’s life will be held at a later date.

Share Your Memory of
Forrest
Upload Your Memory View All Memories
Be the first to upload a memory!
Share A Memory