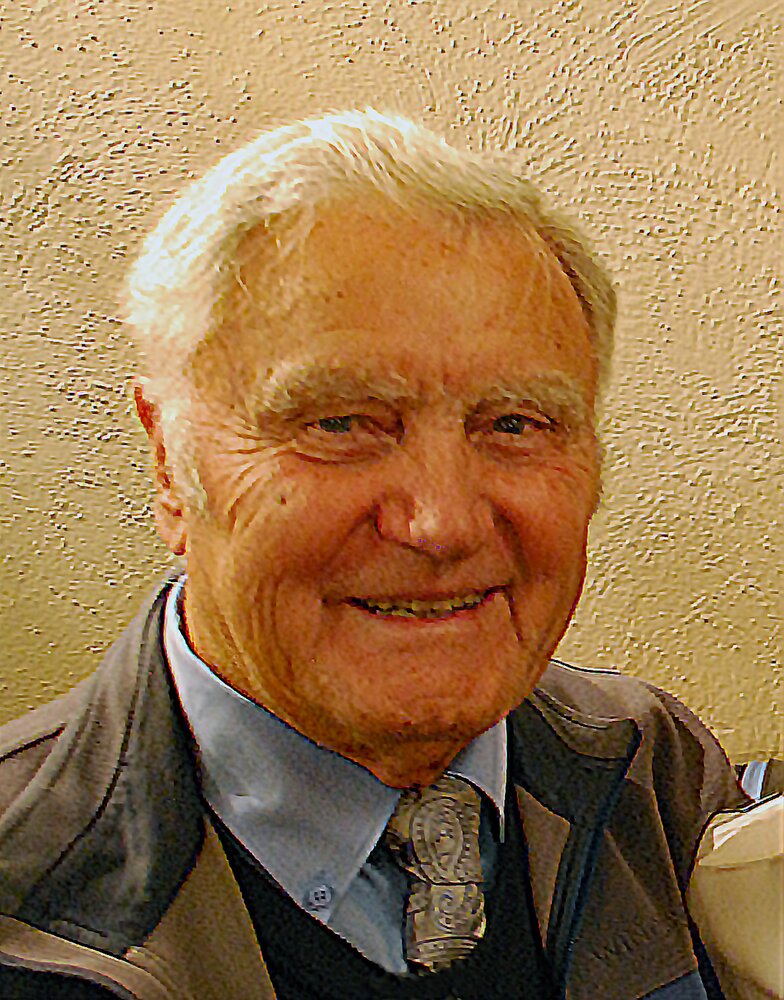 Gustav Leo (Gus) Wahl, a beloved brother, husband, father, grandfather, great grandfather, friend and neighbor, went to be with his Lord on Sunday, February 13, 2022. Gus was born in Prussia (Lipno, Poland) to Gustav and Berta (Schultz) Wahl on April 10, 1933, the 5th of 11 children. Having lived in war and post-war Europe, he felt that arriving in Canada in June of 1948 was one of his fondest memories. Gus worked at various farms and jobs in the Medicine Hat and Strathmore areas until attending SAIT to learn carpentry. While in Calgary he met Ruth Hoff of Gleichen, AB at the St. John Luther League. They were married on September 21, 1957 and together they welcomed their 5 children. Gus spent his career as a carpenter with Calgary construction company McTavish & McKay, and maintenance man with the Bethany Care Centers. Faith and family were the foundation of Gus’s life and he was always actively involved in his church and with his large extended family. Gus loved a ‘project’ whether that was coordinating a house raising or renovation for a family member, building at church camps, crafting cedar strip canoes, or doing building maintenance for family, neighbors or the church.  He was also actively engaged on numerous boards and committees. Gus was a kind, skilled, and practical man who was generous with his time and talents. His was a life well lived.

A Funeral Service was held on Saturday, February 19, 2022 at 1:00 pm at Strathmore Alliance Church. To view a recording of the funeral service, please click HERE.

In lieu of flowers, donations in Gus’s memory may be made to Focus on the Family or the Canadian Bible Society.

Share Your Memory of
Gus
Upload Your Memory View All Memories
Be the first to upload a memory!
Share A Memory