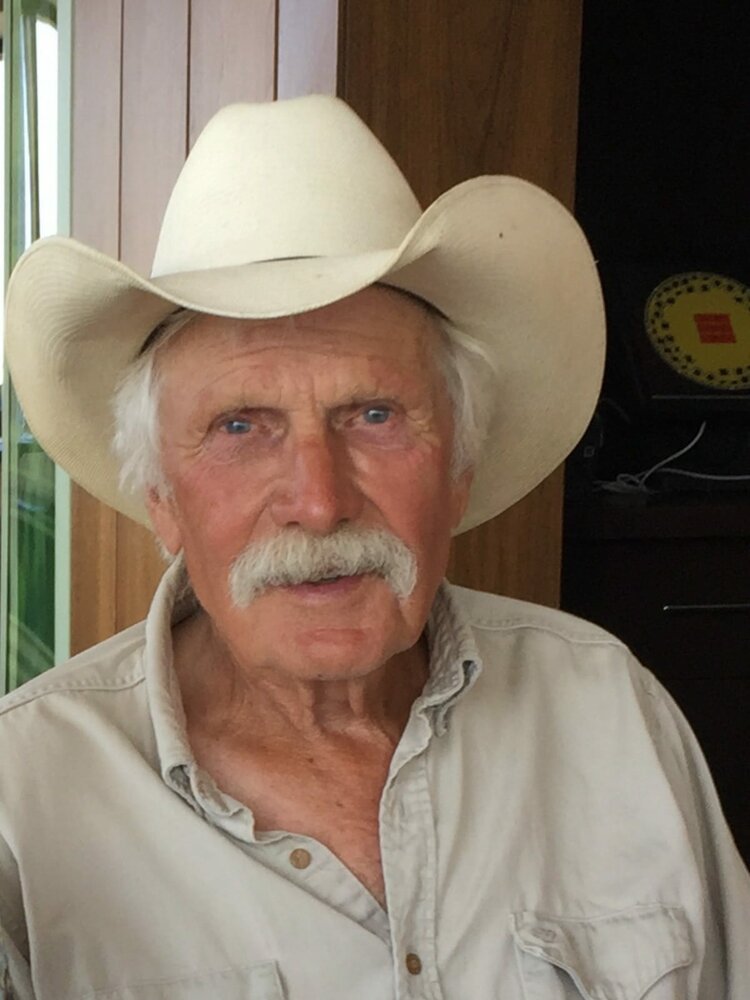 Ronald “Ron” Carlyon passed away at his home on the “Getnby Ranch” on February 18, 2022. Ron was born to parents Edward “Ted” and Violet “Vi” Carlyon in a farmhouse in the Municipality of Hillsdale Saskatchewan on October 18, 1936.  Ron had two siblings, William “Bill” and Elizabeth “Betty” Pitura.

Though born in Saskatchewan, most of his youth was spent in the Madsen and Red Lake area in Northern Ontario. These communities are where Ron was exposed to the wonders of gold mining and the science of geology and the fascinating stories that rocks could tell.  That interest led him to Queens University to pursue an Engineering degree in Geology. He graduated in 1959 and headed west soon after for a career in the mining, oil and gas industries.  He started out being in the field working with large companies in the Yukon, NWT, BC and Alberta. He was very successful in his field and later chose to work with smaller companies where he had more say and more rewards. To the end, Ron still invested in local, small exploration companies.

In 1959, Ron married Elizabeth “Liz” Eveleigh, and they had one son, Rod born in 1960.  Ron loved the outdoors. In his early adult years, he hiked, fished, hunted, canoed, was a competitive marksman, played fastball and hockey.  He earned trophies for his accomplishments of having the most strikeouts as a fastball pitcher in a Calgary men’s league. He has marksmanship trophies for his shooting accomplishments from various positions and distances.

Ron always had a love of animals. The purchase of farmland in 1967 with his in-laws enabled that love to blossom. With land and space, he was able to have more than just one dog and start his journey in the world of horses. His first horse purchased in 1967 was an Appaloosa mare named “Willy Skimette”. Being competitive, he was soon competing in events to display his horsemanship skills. He added more horses and showed many of them and then branched into horse racing. The horse shows were then left behind, and he only had racehorses. He trained and exercised his horses himself most of his life until retiring.  These ventures enabled Ron to meet and befriend a large group of people from a larger cross-section of life.

Ron is survived by his son Rod (Janet) Carlyon and their family: Andria (Derrick) daughter Maeve; Jessica (Mike); Briana (Dylan); his sister Elizabeth and her four children and their families; and a niece and nephew (Bill’s children) and families.

He is also survived by Diana, his best friend for the last 27 years and her family: daughter Triston (Robert), son William; daughter Kelli (Craig) and their children Samuel, Addyson and Wyatt.

A Celebration of Life will be held on Saturday, March 19, 2022, at the Dalroy UFA Hall. Doors open at 1:30, service at 2:00 pm. Please put on your boots, bring your stories and come share with us as we celebrate his life. Memorial tributes in Ron’s honor can be made directly to the Salvation Army.

Share Your Memory of
Ronald
Upload Your Memory View All Memories
Be the first to upload a memory!
Share A Memory