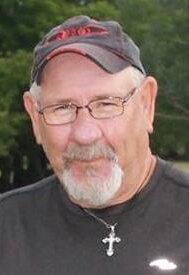 It is with great sadness that we announce the sudden passing of Cecil Munday, resident of Strathmore, Alberta who passed on March 8 2022 at the age of 60 years.

Cecil was predeceased by his brother, Dale; and parents, Darlene and Kenneth.

Cecil was a great man with big heart who loved kids and if you knew Cecil you knew he loved to tease and joke around. Cecil will be greatly missed by everyone, but we all know he’s at peace with the angels.

Cecil’s wishes were to be cremated, with no service to be held. He will be laid to rest in Elfros, Saskatchewan, at a later date.

Share Your Memory of
Cecil
Upload Your Memory View All Memories
Be the first to upload a memory!
Share A Memory