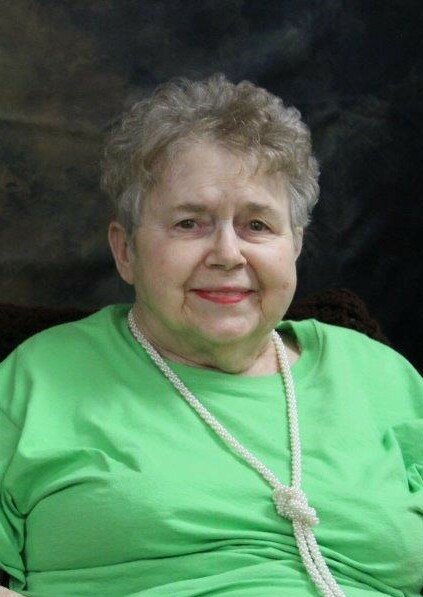 Bonnie M. Caza, 81, longtime resident of Strathmore, Alberta passed away peacefully on March 21, 2022 surrounded with the love and support of her husband and three children.

Bonnie was born in 1940 in Detroit, Michigan to John and Evelyn (Cline) Lawriski. She had fond memories of her childhood. She attended Copernicus Grade School and part of her freshman year at Hamtramck High School before moving to Madison Heights and graduating valedictorian from Madison Heights High School. She went on to further her education at Wayne State University.

Bonnie enjoyed field trips with her father to the Detroit Institute of Art and would reflect on family trips. The first being a family road trip that included a stop at every historical marker along the route of their trip. Bonnie recalled how unexpectedly fun it was to look for the markers along the highway and stop to read them all. She also remembered riding a bicycle on Mackinac Island and scaring her father to pieces when she accidentally ran into a big rock as kids seem to do…but it did not slow her down. This would inspire her love of history and geography. Bonnie, however, was not fond of summer trips to the lake cabin. Bonnie often had to sit next to her cousin in the back seat of the car on the drive and listen to her cousin snap her gum and chew it incessantly “like a cow”. Those memories plus a lifelong grudge against chewing gum would stay with Bonnie throughout her lifetime.

Bonnie married the love of her life Lee Caza in August 1964. They met at the service station Lee owned in Royal Oak, Michigan where she would get $0.25 worth of gas and they would go to “The Loop” after work for footlong chili dogs. Bonnie and Lee welcomed three children into this world; a daughter, Robin, and a set of twins, Aaron and April. They built their life together owning and operating several successful small businesses and farming operations. Bonnie loved her family and enjoyed a lifelong passion of gardening and reading.

Bonnie is survived by her husband Lee; her children, Robin and Michael Shelden, Aaron Caza, April and Brian Amack; grandchildren Ashley Shelden, and Zoe and Henry Gingerich (Bristol and Brekkan). She was preceded in death by her parents and step-parents, John and Charlotte Lawriski, Evelyn and Theodore Lipski, infant brother Bruce, and many beloved sister- and brother-in-laws.

No funeral service will be held. Memorial donations may be made to support KSPS PBS (ksps.org)

Share Your Memory of
Bonnie
Upload Your Memory View All Memories
Be the first to upload a memory!
Share A Memory