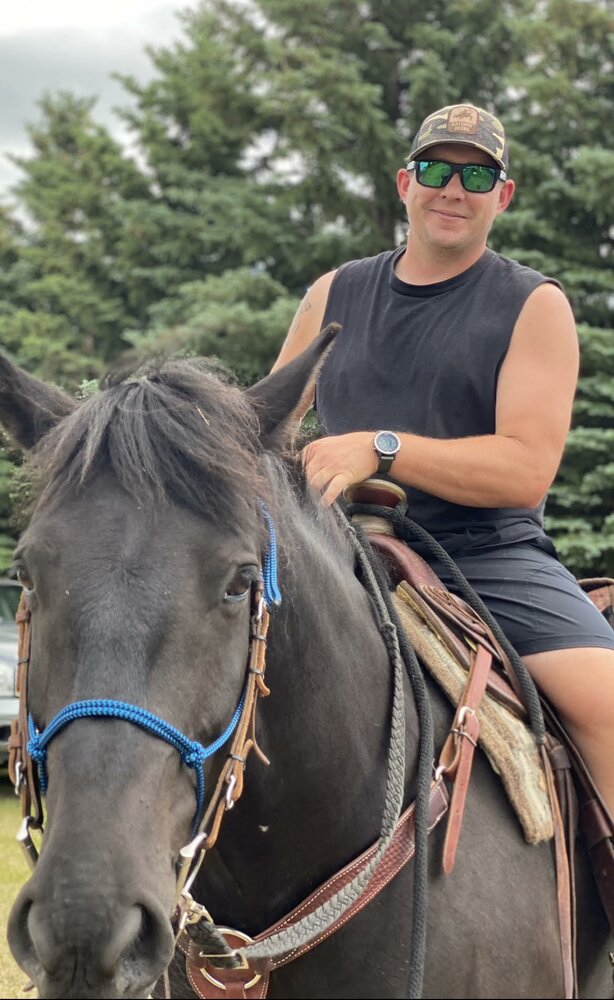 It is with heavy hearts that the family of Dallas Joseph Rappel announce his passing on April 3, 2022, at the age of 36 years, after having fought a short battle with an extremely aggressive cancerous brain tumor. Dallas is survived by his wife Rachelle; daughters Fallon, Brynn and Avery; mother and father Marilyn and Fred; sister Shawna Young (Tim, nephews Austin, Ethan and Jaxon, niece Charlie); brothers Chris (Dawn, nephew Will, niece Skye) and Rob (Susan): mother-in-law Joyce; father-in-law Daniel; and maternal grandmother Gail. He was predeceased by his grandparents Rosina Giles and Ernie Irion.
Dallas was born in Stettler, Alberta and moved to Strathmore in 1991.  He attended school in Strathmore and completed studies in the Alberta Apprenticeship Program working as a Finishing Carpenter with his brother Chris. Dallas then became a Contract Oilfield operator under the guidance of Grove Oilfield Contracting of Strathmore.  Subsequently he became an independent Gas Plant Operator until he became an employee of Lynx Gas and Oil as an operator at their Redland Plant.
The simplest pleasures in life brought great joy and happiness to Dallas. He loved his quiet evenings with Rachelle and the girls while enjoying a glass of wine and smoking another brisket on his smoker on the back deck.  He enjoyed his horse Doug, annual mountain hunting trips with his dear friend Corey, hockey and camping. His greatest joy in the last few years was cooking and bar-b-queuing, golf, trips to the mountains and spending time with Rachelle and the girls.
In lieu of flowers, donations in Dallas’ memory can be made directly to a charity or a cause of your choice.

Share Your Memory of
Dallas
Upload Your Memory View All Memories
Be the first to upload a memory!
Share A Memory