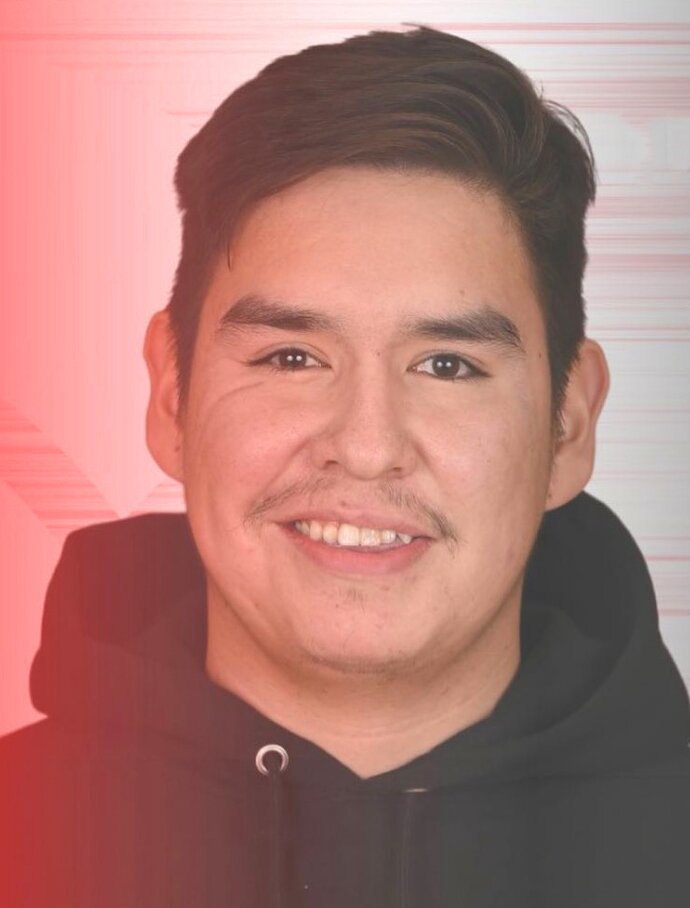 In loving memory of Channer Thomas Murray Yellow Horn, Aa'ksistowapsi (Strong One), who passed away on Wednesday June 22 at the age of 22 years. He was born to Shay and Mar Nai Yellow Horn on August 21, 1999, in Mohkinstsis (Calgary), AB and made his home in the town of Strathmore, AB. He graduated from Chestermere High School and continued his studies at the Southern Alberta Institute of Technology in the Business and Entrepreneurship program, where he received an academic award and acknowledgement. Channer was a skilled builder with an entrepreneurial spirit and found creativity and inspiration in the field of woodworking. He was on a path towards building a career filled with independence, collaboration and honouring the mentors in his life.

From a young age Channer contributed to his family's legacy of athleticism and enjoyed playing hockey, badminton, volleyball and basketball. He especially excelled in basketball, winning multiple allstar awards and was integral to many championship teams including an Alberta High School 3A Basketball Championship with the Chestermere Lakers. He also represented Team Alberta in Basketball at the North American Indigenous Games in 2014 and 2017. His time spent learning how to be part of a team, prepared and shaped the friend, nephew, cousin, brother, son and grandson he grew up to be. Being a skilled team player meant he knew how to build up and cheer on the people he loved and cared about. He will be remembered for the humility and kindness he readily shared with the people around him. His generous spirit and observant nature led him through life's lessons and supported his family, who he deeply cared for.

A memorial service will be held on Wednesday, June 29, 2022 at Harvest Healing Centre Church (Strathmore) at 11:00 am.

Share Your Memory of
Channer
Upload Your Memory View All Memories
Be the first to upload a memory!
Share A Memory