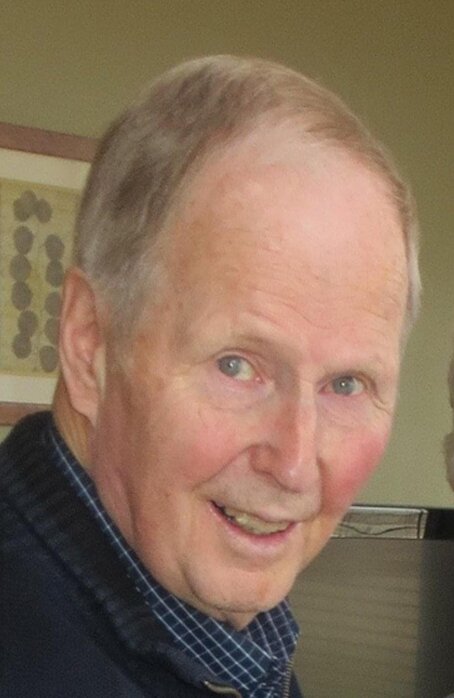 Glen Ellingson of Strathmore, Alta., has died. He passed away peacefully on July 3, 2022 — a week shy of his 84th birthday — from heart failure.

The youngest child and only son of Borghel and Olaf was born on July 10, 1938, at his aunt's house in Maxim, Sask., at the tail end of the so-called Dirty Thirties.

Glen is survived by Lorraine, his wife of 57 years, his sister Betty Funk, his sons Craig (Tina) and Brent, and his grandson Erik. He was predeceased by his parents and his sisters Marian Ellingson, Verna Ellingson and Janet Barsness.

A man of faith, Glen attended church his entire life, including Immanuel Lutheran near Maxim, the Church of God in Saskatoon, Avonhurst Pentecostal in Regina, Central Pentecostal in Edmonton and the Strathmore Alliance Church.

Glen grew up about five miles southwest of Maxim on the family farm. It was located on the eastern edge of the hills of the Missouri Coteau, a glacial moraine of rolling hills dotted with wetlands under a major flyway for migratory birds.

He attended Temple and Colgate schools before moving to Saskatoon in 1957 to attend the University of Saskatchewan, where he obtained degrees in biology and education. He met Lorraine in Saskatoon in 1964; they married the following year and settled in Regina, where Glen taught biology at Scott, Campbell and Martin collegiates over much of the next 10 years.

Glen and Lorraine moved with their young sons in 1976 to Edmonton, where Glen worked in construction through his contracting company Maxim Developments. He returned to teaching in 1984 at Memorial Composite High School in Stony Plain, Alta., before completing his master's degree in education at the University of Alberta in 1989 and spending much of the 1990s teaching adults in distance education (back in the early days of dial-up Internet) at Alberta Vocational College.

Glen never really stopped building houses, though. He seemingly couldn't turn down a great deal on an inexpensive lot — the family lived in four Edmonton homes, all built by Glen, over 12 years — and he would sometimes spend summers building houses.

In 1998, when they 'retired' from their jobs in Edmonton, Glen and Lorraine moved to Strathmore, returning to their farming roots to help start Bumbleberry Orchards and, in 2005, Fieldstone Fruit Wines with Lorraine's sister Elaine Gill and her husband Marvin.

Glen and Lorraine lived on the farm 10 km straight south of Strathmore on Highway 817 until late 2002, when they moved into town while continuing to help operate their business with the Gills until 2017. Glen also worked in Strathmore and area via his own handyman business as Mr. Fix-It.

Glen held varied interests, including a number of outdoor pursuits. For example, he built his own two-man kayak (and floated it in many a waterway, whether lake or river) and, in his garage one winter, a camper. Somehow, he dragged the camper out of there and hauled his family across Western Canada in it each summer throughout the '80s.

Winter didn't deter Glen from heading outside, where he waxed his cross-country skis for many a jaunt across whatever snowy, wind-swept prairie field (or golf course) he could find, usually with Lorraine or at least one of his sons in tow. Good thing he once lived on the edge of Edmonton adjacent to such a field.

He also shared his passion for the outdoors via church in both Regina and Edmonton during activities for Christian Service Brigade (equivalent to boy scouts), often leading the troup.

Glen was proud of his Saskatchewan roots, often travelling back to his home province during holidays and holding many a book linked to it in his extensive library. He was a longtime fan of the Saskatchewan Roughriders CFL team and traced his fandom to the early '50s when, as a young teenager, he would somehow convince Olaf to let him use batteries to listen to CKCK radio broadcasts of games featuring star quarterback Glenn Dobbs. Glen attended games when he could, particularly in the '60s when he witnessed many a football feat at Taylor Field, including an improbable 1963 playoff comeback by his favourite club and a 1970 post-season robbery at the hands of the hated Stampeders as a howling blizzard covered the yard lines.

And while some may not call it an interest, Glen did make an effort to perfect his puns over the years, all to elicit smiles and chuckles from those subjected to them. At least one of his sons thought he was the only person who tried so hard to mangle words that way until he became a father himself. Glen owned and read many books on the awful art, going as far as to eat a dictionary at one point — it was thesaurus throat he ever had.

A memorial service for Glen has not yet been scheduled.

Share Your Memory of
Glen
Upload Your Memory View All Memories
Be the first to upload a memory!
Share A Memory