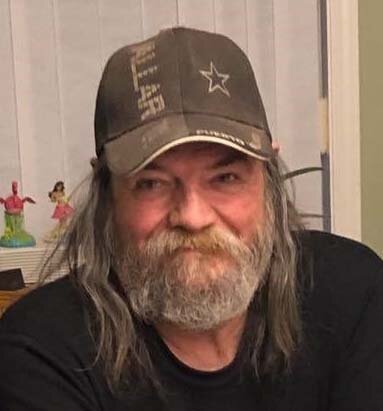 With profound sadness, we the family of Nolan, announce that on July 11th, 2022, our family “mountain man” left this earthly plane.

Nolan was born in Calgary and raised on the family farm close to Nightingale, Alberta.  Nolan was a skinny little boy who would have growth spurts where his pants were 6” too short.  This certainly frustrated Mom and Dad who had to keep him in pants. Nolan finally stopped growing taller around age 18 and filled out in his 20’s.  As a child, he loved to play war with soldiers, toy army equipment and toy guns. He spent many a day blowing up model tanks with firecrackers. As he grew up, his interest turned to real guns.  At one time, he had quite the collection.  Nolan was a free-spirited man and a bit of a hippy.  He wore his hair long for most of his adult life, wore a mustache, and as he got older, decided a beard was also in order, thereby earning the title of “our mountain man”.

Nolan attended Samuel Crowther School from grades 1 to 9 and then transferred to Drumheller where he completed his high school and took automotives.  Like our dad, he was very mechanically minded.

Once Nolan graduated high school, he followed his older brother Bill into the print industry.  He worked as a newspaper pressman for most of his adult life and was exceptional at it.  Nolan started at North Hill News and over the years, worked for Canadian Publishing, Transcontinental Printing and The Calgary Herald.  His ability to operate and work on all types of presses had his employers sending him to British Columbia, Ontario, and even to Memphis, Tennessee to train pressmen and/or set-up or fix presses that no-one else could.

Nolan married Terryl Mill and together they welcomed two sons. Nolan believed being raised in the country was the best thing for his boys and spent most of his adult life commuting to work in Calgary, which was not easy working 12-hour shifts which swung from days to nights.  Nolan was very proud of the men his boys became.

After Dad died in 1976. Nolan helped Mom with farming and managing the livestock while working full time.  This continued for many years until he finally convinced Mom to retire and rent the land.

Nolan was devoted to his family and went to see Mom every day in the hospital before she passed, making sure she was taken care of and brought her treats. He always took the time to visit a bit when he met someone he knew.

Nolan was a kind and generous person, always willing to help where he could.  If he had a dollar and thought you needed it more, he would give it to you. Stories have been shared over and over from friends and family whom he helped throughout the years.  Since his passing there have been many, many comments about what a “good man” he was, and this is the best way to be remembered.  We know he has left a big hole in our family – we will miss his smile, his humor, his sayings and just being there.

As per Nolan’s request, there will be no funeral or service.  In memory, donations may be made directly to The Canadian Liver Foundation at Suite 309, 1010 – 1 Ave N.E., Calgary, AB T2E 7W7 or to a charity of your choice.

Rest in peace Nolan, knowing that you were loved.

Share Your Memory of
Nolan
Upload Your Memory View All Memories
Be the first to upload a memory!
Share A Memory