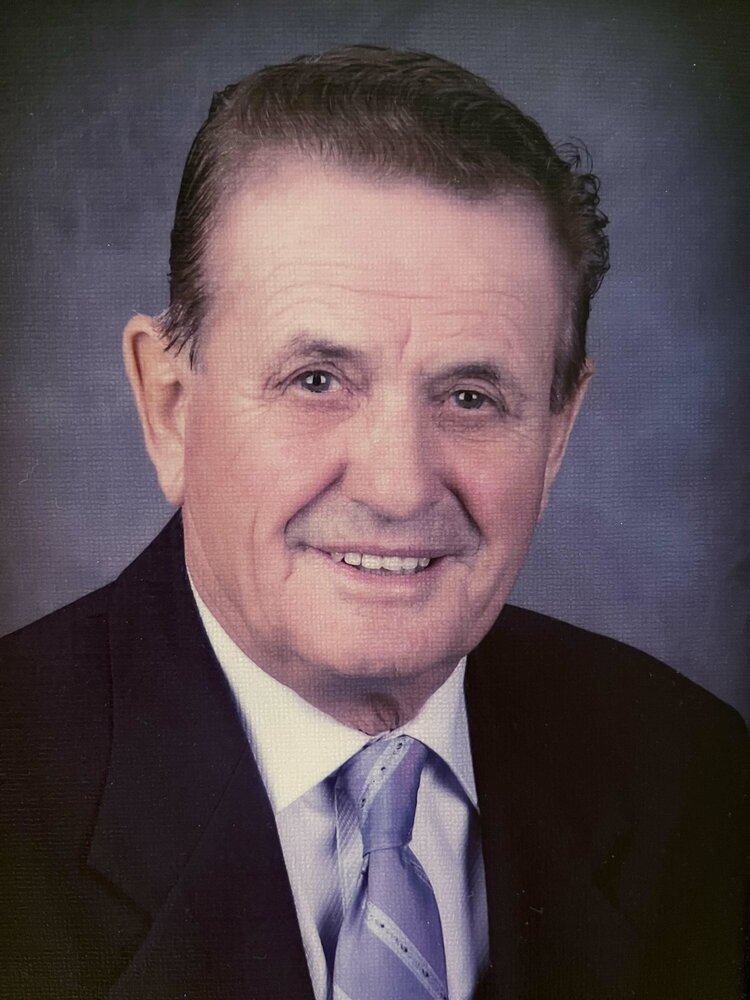 It is with sadness that we announce the passing of Clifford Charles Hermanson at the age of 87.  Cliff was born on November 28, 1934 in Jenner, AB and passed away on July 17, 2022 in Strathmore, AB.  He was predeceased by his parents, Ole and Angela Hermanson, siblings Patricia (David) Collyer, Edward (Ella) Hermanson and Bill Hermanson.  He is survived by his wife of 63 years, Beverly, his children, Faron (Kathy) Hermanson and Shelley (John) Holman.  Papa Cliffy will be missed by his grandchildren, Chelsea Hermanson (Noah), Joel Hermanson, Lacey De Guzman (Alex), Rosie Holman (Nick) and Dodge Holman, and great grandchildren, Sadie Shipman and Rylan De Guzman.  Cliff is also survived by his sister-in-law, Vera Hermanson and Aunt Mardelle Bazant.

Cliff’s family lived in Jenner, AB and at the age of 4, they moved to Strathmore where they farmed northwest of town.  In 1959 he married the love of his life, Beverly Damen.  They bought their farm near Lyalta, AB and in 1960, welcomed their son, Faron.  In 1962, Shelley was born.  Cliff was very active in his community. He was a member of the Lyalta community club and the Cheadle and Strathmore Lions Club.  He was very proud to receive the Lion’s club Melvin Jones Lifetime Achievement award for dedicated humanitarian service.  Cliff enjoyed all sports and played hockey, baseball, and was an avid curler.  He played many, many rounds of golf.  He also enjoyed fishing with his buddies and taking the grandchildren for a water ski. Many weekends were spent camping and eventually he and Beverly would spend their winters in Twenty Nine Palms, California.

The family would like to extend our deepest appreciation to the staff at AgeCare Sagewood where Cliff spent his last months.

Share Your Memory of
Cliff
Upload Your Memory View All Memories
Be the first to upload a memory!
Share A Memory