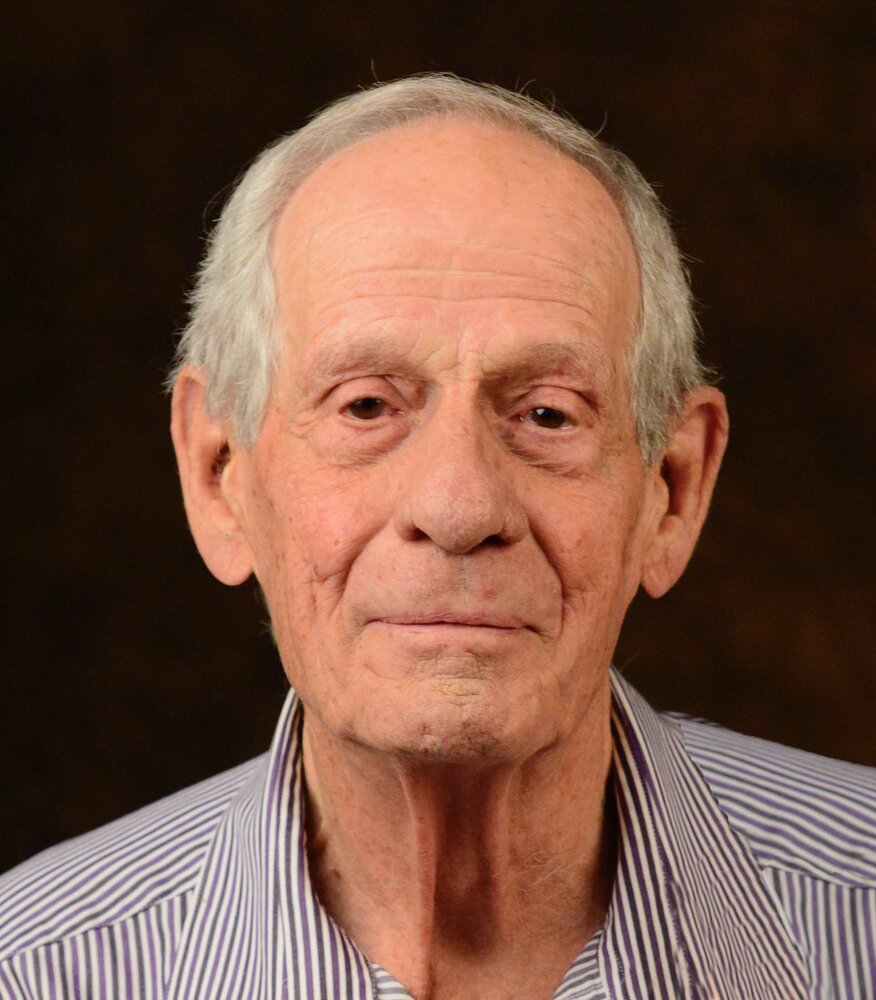 After graduating high school, his first job was with the CIBC in Lacadena, SK. In the late 1950s, he joined his brothers in Rockyford, AB, initially trucking. Eventually, the Helfrich brothers built feed mills in Rockyford and Strathmore. Eugene would become the sole owner of Strathmore Feed Service. He sold the mill in 1988 and started a career in real estate. Eugene worked with ReMax Realty Strathmore until he retired in 2012.

Dad grew up playing sports, mostly ball and some hockey. As children, we would watch him play slow pitch (The OV Bears) or hockey (The Slow Puckers). When he was not playing he was coaching hockey. In his later years Dad enjoyed golfing and curling. Eugene curled until he was no longer able to see the rocks at the end of the rink. In addition to coaching, Gene worked within the community to enhance sporting facilities. He sat on building committees for both the arena and the aquatic center. An honour for Dad was being named Sportsman of the Year (1980).

Over the years Dad belonged to many service groups. Gene was involved with the Knights of Columbus, the Lions Club and the Strathmore Agricultural Society. He often took on leadership roles, his experience and insight were valued. These service organizations provided many social opportunities; Lions campouts at Dogpound, conventions and conferences. Both Gene and Ellen were committed to bettering their local community, for Dad that meant giving his time and talents and for Mom it meant running a busy household behind the scenes. In 2019 Eugene was recognized as a founding member of the Strathmore Agricultural Society, it would be his last public event.

Eugene was a man of faith. He belonged to Sacred Heart Parish in Strathmore and volunteered in many capacities over the years.

Eugene and Ellen loved to travel. Early trips were in a motorhome, to Saskatchewan, Niagara Falls and Disneyland. There are many stories of his refusal to pull over lest the vehicles he passed get ahead of him. Mom and Dad travelled throughout their marriage, enjoying the time spent together.

Dad had a memory for numbers. Whether it was a phone number for a Strathmore business or a birthday, Gene would know. In recent years his talent for numbers was evident when adding up the total for a game, this part of his brain was sharp right through.

Our family is grateful to many people who have helped with Dad’s care. We have been blessed to have Shannon Hicks and Al support mom and dad for several years. We truly appreciate how much you do for them. Thank you! Betty Reyes was a saving grace when dad’s care needs increased. We are grateful you came into our lives when you did. Thank you! Jacqueline Bagha helped Mom to care for dad at home until his health necessitated a move to Sagewood in May 2022. Jacqueline provided love and support to both of our parents; words cannot fully express how eternally grateful we are to her. We will be forever grateful and thankful to the beautiful and caring staff at Sagewood and Dr. Florence Obianyor. Thank you! Thank you to Dad’s doctor, Dr. Farai Senzani, for his care over the years. We appreciate your thoughtful advice and dedication.

A Funeral Mass will be celebrated on Saturday, August 20th, 2022, at 10:00 am at the Hope Community Covenant Church in Strathmore, AB (245 Brent Blvd). Lunch will follow at the Travelodge in Strathmore (350 Ridge Road). A Prayer Service will be held at Wheatland Funeral Home (202 Lakeside Blvd) at 7:00 pm Friday, August 19th. If you wish, donations may be made in Eugene’s honour directly to the Wheatland & Area Hospice Society (www.wheatlandhospice.ca).

To watch a video of the funeral service, click here.

Share Your Memory of
Eugene
Upload Your Memory View All Memories
Be the first to upload a memory!
Share A Memory