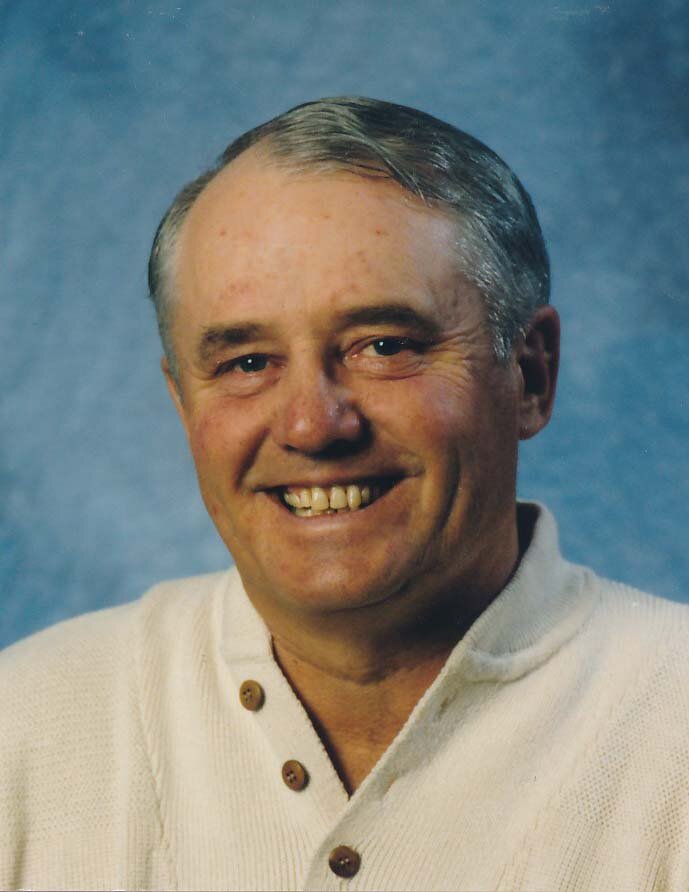 Longtime Strathmore citizen and businessman Harrison Gray passed away in Strathmore on August 19, 2022 at the age of 80 surrounded by his family.

Harrison had his childhood and early schooling in Strathmore. His mother, Phyllis, was a legendary schoolteacher whose career spanned decades. His father, Elmer, started Gray’s Ltd. in 1947, a gravel products and excavation business. Harrison would leave home in the fall and winter to pursue his education and his hockey career but, come summer, would return to Strathmore to work for his dad. Harrison took over Gray’s Ltd. In the early 1970s and expanded it considerably. It is the oldest family business in Strathmore.

Before becoming the head of Gray’s Ltd., Harrison’s career was hockey. He was a goalie who turned professional in the age before the mask. Proudly displayed at home was a small white mask that was made for Harrison by the man who had just finished making hockey legend Terry Sawchuk’s mask (the same day). The two masks were identical. While affiliated with the Detroit Red Wings organization in the original six-team NHL, Harrison played the majority of his pro games for AHL teams including Knoxville, Jacksonville, Indianapolis, Cincinnati and New Haven. One of his coaches was tough-nut Hall-of-Famer Eddie Shore. To keep his goalies in shape, Shore made them run up and down the grandstand in full gear.

Strathmore’s Grays are a community family. Harrison’s father was mayor for so long he joked of being the “old gray mayor.” After years of teaching, Phyllis served as chair or member of many school boards. Harrison was a founding member of the Strathmore Kinsmen Club, and, as such, contributed machinery, workmen and his own time to building the lake parks that give Strathmore its distinct appearance. In his hockey travels, Harrison had often admired the lake-and-fountain parks in American city downtowns. Strathmore’s original Kinsmen Park was built adjacent to downtown. The Kinsmen dug a depression and sold the fill to housing developers to raise money to complete the project. They planted trees that are now giants providing summer shade. Harrison and his brother-in-law, Peter McLean, built the fountain. Gray Park, beside Wheatland Trail, followed: a lake and wetland complex that is a boon to migrating waterfowl. Harrison was a long-time board member of the Strathmore Golf Club and contributed to the expansion from nine to eighteen holes.

Harrison met his wife Marie in 1991, when she was teaching school in Strathmore. They were married in 1997 and bought a home close to Tucson that same year. Harrison’s nephew Greg McLean took charge of Gray’s while Marie and Harrison wintered down south. The Tucson winters were a great success. They made close friends and Harrison’s days often began on the patio chatting with next-door friends and watching desert birds and animals parade through a strip of arroyo that divided his yard from the nearest fairway. Harrison swam in the community’s outdoor pool most every day, enjoyable exercise when golf was no longer an option. Harrison and Marie had a new home built in Strathmore’s Hillview area in 2009.
There was no better guy with whom to watch a hockey game than Harrison Gray. There was always some player or coach or on-ice situation that reminded him of a story, and the stories were laugh-out-loud funny most of the time. The analysis of what the Flames were doing wrong was always spot on.
Besides his wife Marie, Harrison is survived by his sister Peggy McLean and his brother Earl (Dianne) Gray, and by his daughters Kellie Gray and Stacey Woods (Jeremiah); also by his grandchildren Erika, Dean, Jeremy, Taylor, Rachel, Ryann and Alli. He is also survived by his step-daughter Nancy McPhee (Dan Gibbons) and step-grandchildren Pippa and Nell.

Harrison was predeceased by his parents, Elmer and Phyllis; by his brother-in-law, Peter McLean; and by the mother of his daughters, Lyn Abra (Gwen).

Harrison was a generous man, a family man, a community man. As a boss, he helped a lot of men become solid dependable workers. He had friends from all over his life and his careers, and he kept in touch with everyone. When his friends were going through tough times, he was there for them. He knew his town down to the smallest detail and there will likely be no replacing that extent of knowledge. His family and his town will miss him.

In Lieu of flowers, if you wish, donations may be made in Harrison's honour directly to the Wheatland Hospice Society (Box 2154 Strathmore, AB T1P 1K2 or www.wheatlandhospice.ca)

Share Your Memory of
Harrison
Upload Your Memory View All Memories
Be the first to upload a memory!
Share A Memory