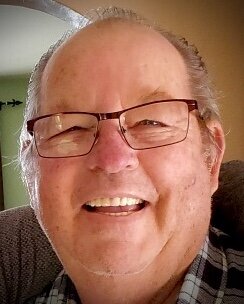 Dad was a hail consultant for over 30 years.  He had many passions which included curling, golfing, hunting and horse racing.  He was very active in the community on various boards which included the WID, Elks and a strong supporter of 4-H.  Pete won the Curl Calgary Cup in 1987, numerous provincial championships for the Elks and the Legion and went on to win the national championship for the Elks in Estevan Saskatchewan.

Dad loved his horses and started his own thoroughbred racing program.  He’d seen some successes on the track and you would see him in the stands cheering on his horses.

Dad was an avid and very competitive card player.  He was very “humble” when he would win which was often.

Grandpa (Big Poppa) was a very proud supporter of all his 14 grandchildren and 2 great grandchildren.  You could see Grandpa at many of the grand kids events which included basketball, volleyball, football, baseball, hockey, 4-H and purebred cattle shows.

Dad will be sorely missed by his family and friends.

A Celebration of Life will be held Tuesday, September 6, 2022 at Hope Community Covenant Church (245 Brent Blvd Strathmore) at 1:30 p.m.  Followed by the internment at the Strathmore Cemetery. All are invited after to share lunch and great memories at the church.

Donations in Pete's memory may be made directly to the Alberta Heart & Stroke Foundation (online at www.heartandstroke.ca), the Canadian Diabetes Association (online at diabetes.ca), or a charity of your choice.

Share Your Memory of
Brian
Upload Your Memory View All Memories
Be the first to upload a memory!
Share A Memory