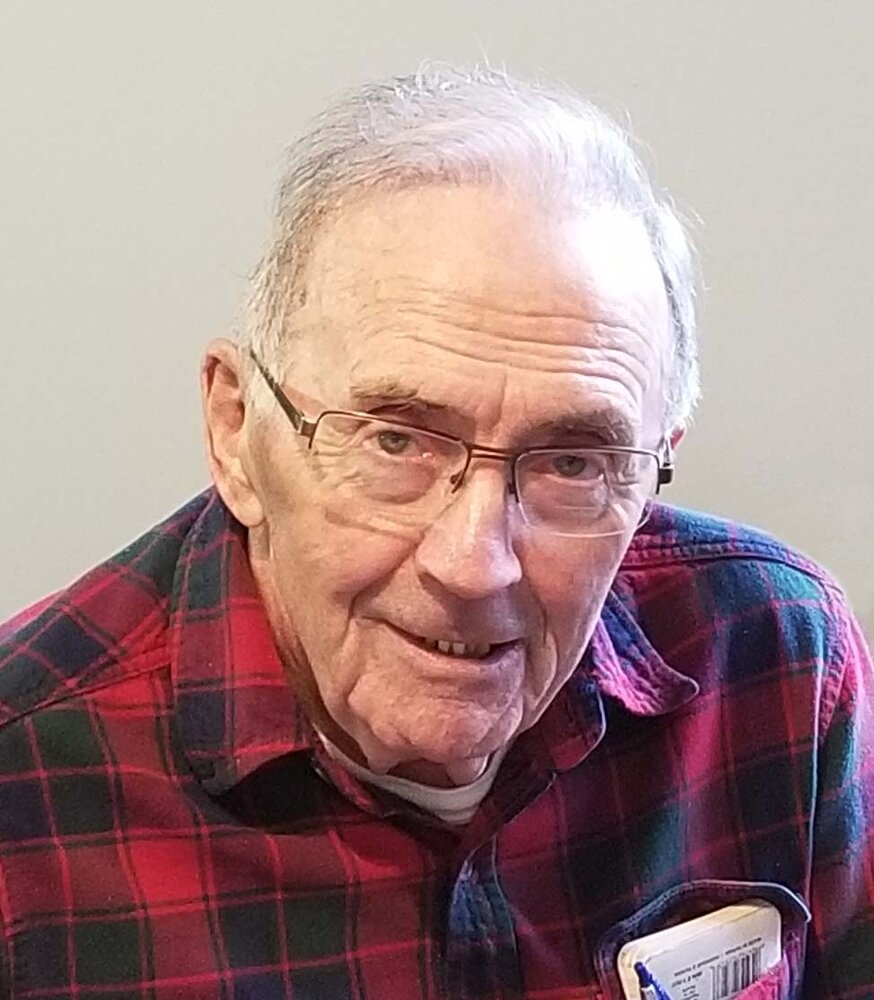 With sadness, but with joy for a life well-lived, we announce the passing of Rene Trudel, our beloved father, brother, Uncle, Grandfather, Great-grandfather, and friend, on Sunday, Sept. 4 at the age of 86 with family surrounding him.

Born in Cabri, Saskatchewan on March 6, 1936, Rene grew up with his brother and two sisters in the small town of Lancer, Saskatchewan. He often stated how happy he was working outdoors on the family farm just outside of town. He especially enjoyed playing baseball and hockey with friends and driving the side roads in the family Fargo truck.

He studied Mechanical Engineering at the University of Saskatchewan.  While there, he met Ona Zimmer, and after graduating, they were married on Oct. 25, 1958 and moved to Drayton Valley where Rene started his professional career with Mobil Oil.  All four of their children were born there.  In 1966, the family moved to Calgary, where they stayed until 1980.  Rene was transferred to Lloydminster, where he and Ona spent many happy years.  Shortly after Rene retired in 1990, he and Ona moved to Strathmore to be closer to their children, and especially their grandchildren.  In every place they lived, they made many close friends.

Rene enjoyed long walks, camping, curling and hockey and enjoyed sharing the outdoors with his family. Always a present and active father, he was very involved in the household chores and supported his children’s activities. He volunteered at the Catholic Churches wherever he lived, drove the Strathmore Food Bank truck for years, and was known for his quiet, courteous willingness to help wherever needed.  In their later years, Rene and Ona moved into Wheatland Lodge, where they were well cared for by the staff and enjoyed the company of their fellow residents.  After Ona's death, Rene found the companionship of his special friend Phyllis Primrose consoling and enriching.

Rene is survived by his beloved children, eldest son Mark (Sandy) and grandchildren Rachel (Graham Atkins and great-grandson Asher) and Nick (Brooklyn and great-grandchildren Theo and Aria), along with their mother Cheryle; daughters Jody (Ken McKinnon) and Shawna Trudel; and son Rev. Guy Albert Trudel, OP.  He is also survived by his sister Sharleen Trudel, his sister-in-law Jeanne Trudel, brother-in-law Gerry Zimmer (Marie); sister-in-law Belva Dosdall, along with many nieces and nephews whom he loved.  He is predeceased by Ona, his beloved wife of sixty years, his parents, parents-in-law, sister Pauline Schmidt and husband Fred; brother Cameron; brothers-in-law Roy Dosdall and Ron Bitz.

The family wishes to thank the doctors, nurses and aides of South Health Campus, unit 78, and the staff of Southwood Hospice for their care and kindness to Rene and his family in his illness.

A prayer service will be held on Thursday, September 8, 2022, at Wheatland Funeral Chapel (202 Lakeside Blvd, Strathmore) at 7:00 p.m. A Catholic funeral mass will be celebrated on Friday, September 9, 2022, at Lord of All Lutheran Church (112 Lakeside Blvd., Strathmore) at 11:00 a.m.  In lieu of flowers please make donations directly to the Wheatland Food Bank (wheatlandfoodbank.ca/donate).

Share Your Memory of
Rene
Upload Your Memory View All Memories
Be the first to upload a memory!
Share A Memory