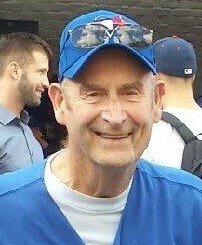 Bob was born in Trail, B.C. and worked as a iron worker by trade. His work took the family to many countries around the world. Following retirement, his love was his house at the Shuswap, B.C.

The family will be having a memorial service at a later date.

Share Your Memory of
Robert
Upload Your Memory View All Memories
Be the first to upload a memory!
Share A Memory