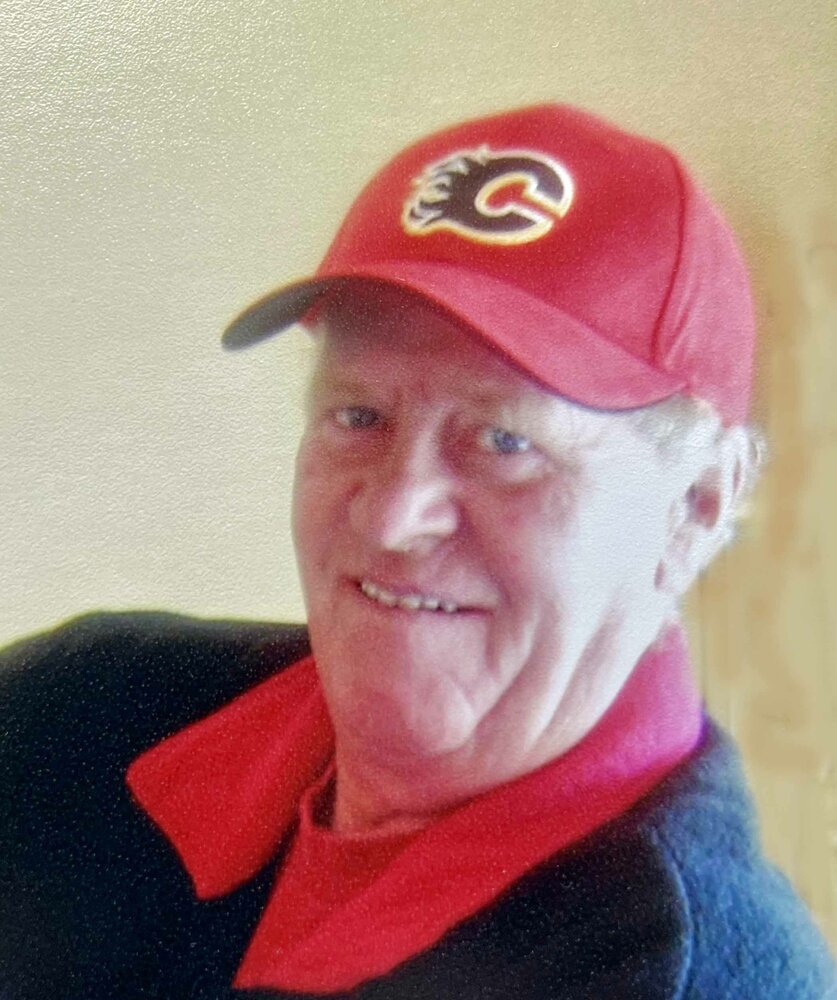 Trent was born in Indian Head, SK, grew up in Calgary, AB, sharing good times with his siblings and eventually their spouses, (especially Deb & Pete) where he started a career in oil & gas, working with Kevco for over 25 years.

Trent loved sports and there was never any question about who his teams were: the Flames, Stampeders and Blue Jays. He was passionate and dedicated to coaching Tara in elite softball while she grew up, he tried, but unfortunately (for them both) Tracey was better at having parties while they travelled to tournaments than playing ball. Thankfully, Tracey eventually overcame her lack of athleticism and discovered a shared love of golf, playing as often as possible as a family. Trent loved hearing about, watching and following his nephew Stu playing golf and his granddaughters playing hockey.

After moving to Strathmore in 1997, Trent’s social life flourished by making friends around town at Branders, the Green Bar, the curling rink, golf course and embracing his skill and passion at the pool tables. He accumulated many trophies and had so many good times as part of the Strathmore Pool League.

Bulbar ALS is a terrible disease and the support of close friends and family was immeasurable in Trent’s last months.

Please join us in a Celebration of Trent’s Life at Branders on Sunday, December 18, 1pm-4pm.

Share Your Memory of
Trent
Upload Your Memory View All Memories
Be the first to upload a memory!
Share A Memory